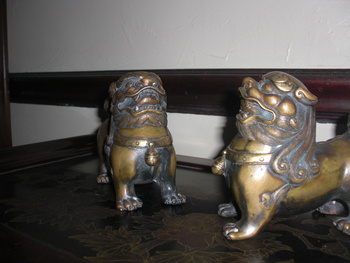 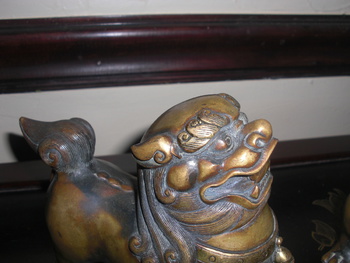 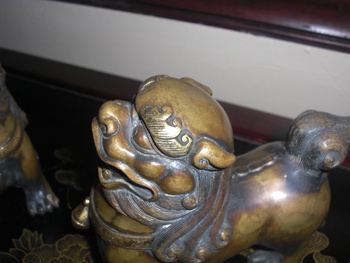 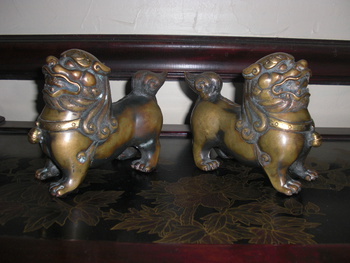 This is a pair of solid copper alloy bronze (not hollow) Japanese Shishi lions often incorrectly called "Foo Dogs" in the West. Protector Deity - Japanese Buddhism and Shintoism. These mythical beasts were probably introduced to Japan from China via Korean in the 7th or 8th century AD. The earliest traces of the foo dog lion appearing in China’s Han Dynasty (about 208 BC to 221 AD). This pair is most likely early 20th century or late 19th century. Nice solid heavy pair of lions. 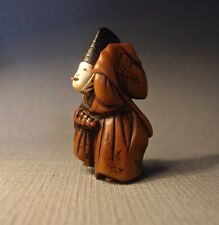 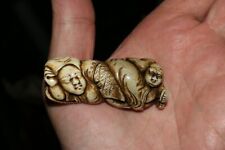 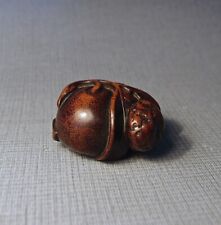 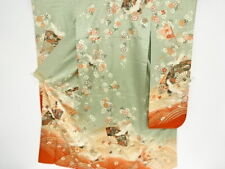