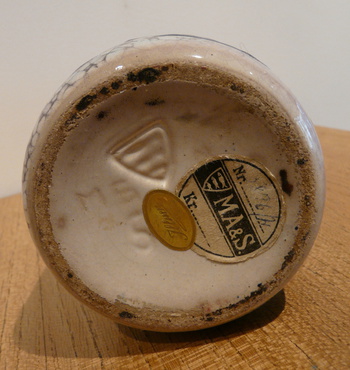 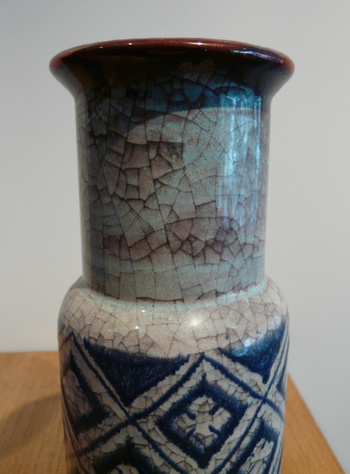 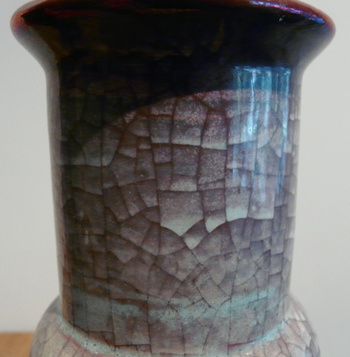 I have been interested in Michael Andersen & Son, Bornholm, Denmark pottery since I bought this vase designed by Marianne Starck. I also have an owl that I call Hedwig is glazed with Persia crackle glaze posted on CW some months ago.

The Persia glaze is a very complicated and hard to control technique, introduced to the company in the early 1930's by Daniel Andersen.

This vase is in excellent condition and signed with the triangle herring logo of Michael Andersen & Son; the "3 herrings" mark is on the coat of arms of the the Town of Roenne on the island of Bornholm where the factory is situated. It is also signed with the monogram signature of Marianne Starck "MS". It also has two original labels. One label is for MA & Sons and is a product number. The other is the sticker of the retailer, the famed Illums Bolighus.

Marianne Starck was one of the top ceramicists who contributed to the success of Michael Andersen & Sons Pottery in the second half of the twentieth century. She started with the Factory as Artistic Director in 1955 and remained until its closure in 1993.

It reminds me of the basic shape of Otto Brauer's Gulvases produced by Kastrup Holmegaard, another favourite Danish firm. Per Lutken also did a vase for them which was even closer to this shape. 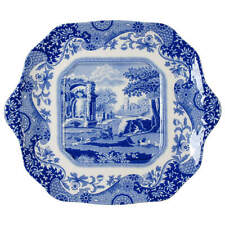