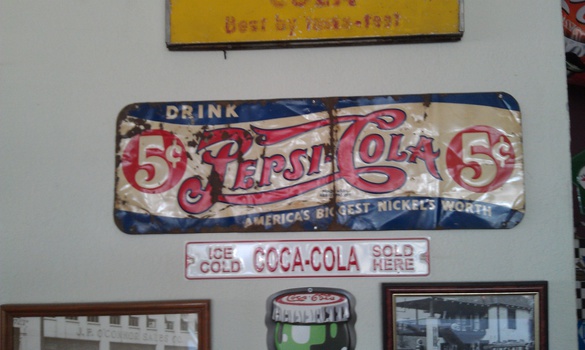 How old is this sign? I can't find another like it. Any info would be very helpful. My dad bought it like 15 years ago. It was bent in half and up on a wall to cover up a hole in the wall. He asked the guy if he wanted to sell it and seemed surprised because he was just using it as scrap metal to cover a hole and we've had it ever since. Apparently I grew up in the wrong generation, because it seems like the time for "picking" was back then before people realized what everything is worth. Or at least, what they think it's worth. I've been searching for a while now and can't find another one. I've seen some that look like it but don't have the second 5 cents by the P in Pepsi.. Is this sign rare? And how much do you think it would be worth today?