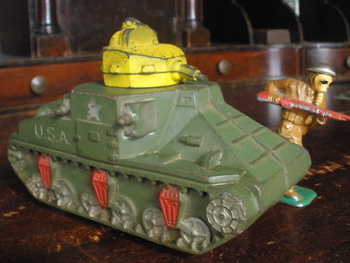 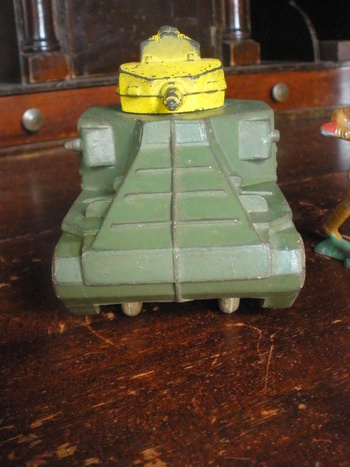 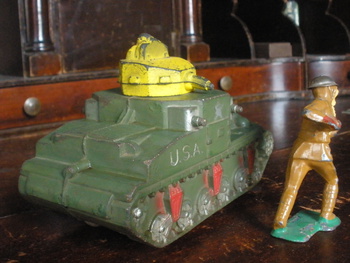 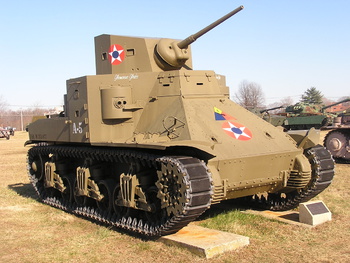 Picked this up at the local flea market today. Didn't expect to find much since not a lot of people come out in the cold weather (around 40F today). To my surprise, someone had this and a few other Sun rubber toys. Wish I could have bough the rest of them but I'm trying to stay focused with my collecting.

Anyway, Like I said in my Auburn Rubber listing, I've been looking for one of these for a while now. I'm so excited to have one! It's in fairly nice shape, the wear on the turret is normal, otherwise it's really nice.

This is modeled after the M2 Medium tank in the years before the US's involvement in WWII. At the time, we thought these were top notch fighting machines, which was expressed as such in the propaganda of the day, but the German Panzer (I, II, III, and the workhorse IV) and the Russian tanks (primarily the T34) proved the American tank program to be WOEFULLY inadequate by 1941. After realizing this, none of these tanks saw combat, but were used for training throughout the war.

Today's tank history brought to you by Sun Rubber :p