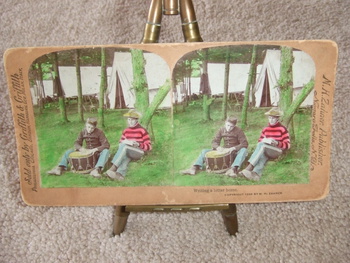 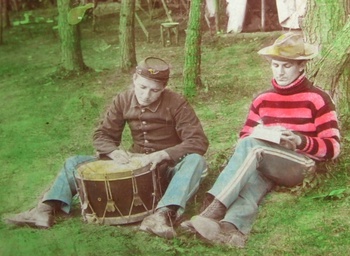 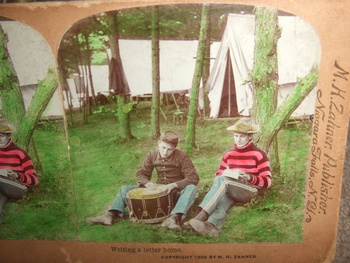 This is part of my extensive collection of Spanish American War (SAW) era stereoviews.

This particular view is by Griffith and depicts a typical camp scene of letter writers.

I believe the scene is from Camp Chickamauga, GA.

The younger soldier using the drum head to support his letter writing. He is wearing a five button shell jacket, wool pants and a wool kepi. The kepi has the earlier hunting horn Infantry insignia that was replaced with crossed rifles in 1874. The older man sports an era campaign hat, wool pants and a colorful woven sweater.

The wool uniforms of both men were not comfortable in theater and were often replaced with cotton uniforms.