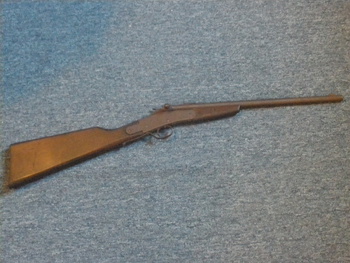 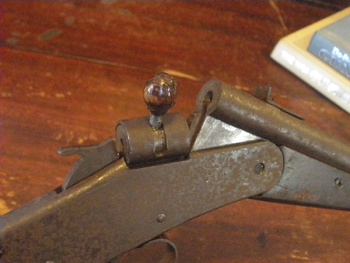 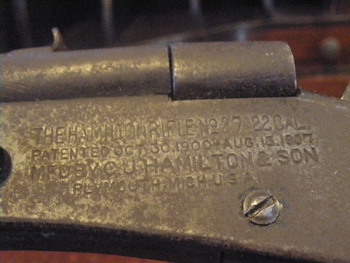 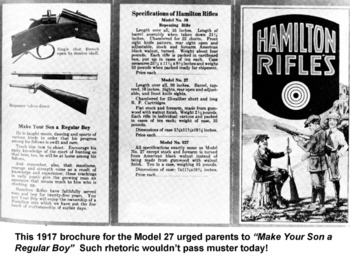 Found this at the local flea market over the weekend. You might say "But Doc, you live in New Jersey! How the hell did you manage to buy this at a flea market???". Fret not fellow collectors! Despite the fact that this was made post 1898, it still qualifies as antique and curio! Like you might expect, I was quite surprised to find this. Usually the market security would pull this being sold if they saw it. Fortunately for me, they missed it. That and it was under a pile of old junk when I found it... as it's own small pile of gun parts... all of which were rather rusty and stuck to one another.

I had to do a fair bit of work to it to get it in a presentable condition. I had to take the trigger assembly apart re-fit the spring (which had popped out of place). Believe it or not, I only had to make two replacement parts. The "bolt" and the screw that holds the barrel to the receiver/stock half of the gun. While I'm proud of the little wooden bolt I made, I might make some further modifications too it. I tried to match up the patina, but the wood stain is still a little too shiny.

Anyway, this was an extremely popular gun for boys between the early teens and the thirties. Very simple single shot break action (the bolt is to lock the barrel in place) which made it easy for the youngsters to operate. Even back then, it was several times cheaper ($1.25 to $3.75 depending on the decade and "frills"). Today these are actually quite dangerous to operate. The brass barrel (soft and easily corroded by the ammo of the day) was simply wrapped in steel. Modern ammo would likely destroy the gun in one trigger pull (part of why it is antique and curio).

There is a lot more information on the following site. The add I used was from this site, all credits go to the creator. http://www.nrvoutdoors.com/HAMILTON/HAMILTON%2027.htm

Do we have any kind of firearms category?