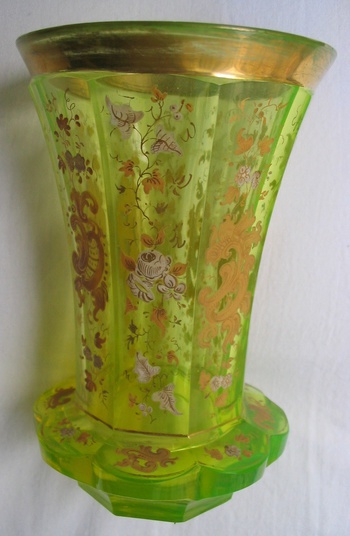 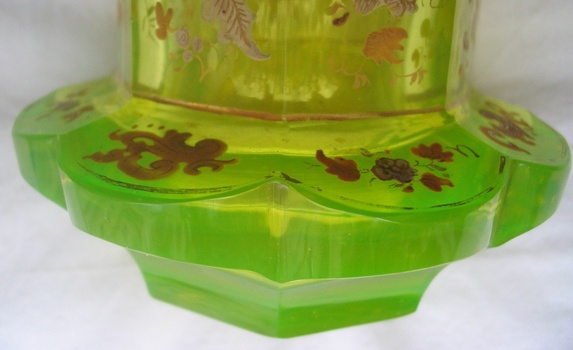 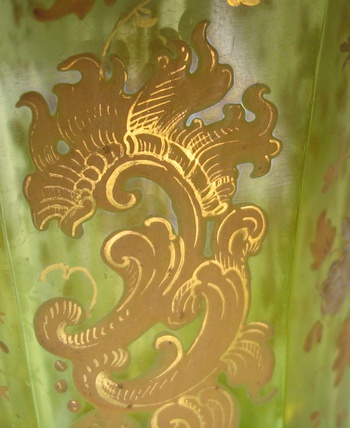 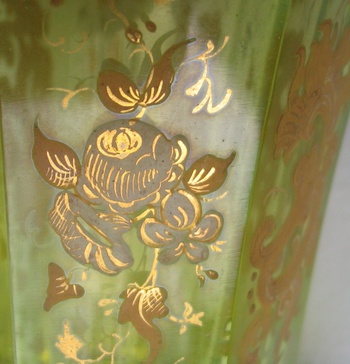 Early Biedermeier beaker made of uranium “annagrün" glass, about 1840, most probably made by Josef Riedel. Hand painted and gilded décor. It is 5`` tall.

The color of uranium glass ranges from yellow to green .It also fluoresces bright green under ultraviolet light and can register above background radiation on a sufficiently sensitive Geiger counter. Most pieces of uranium glass are considered to be harmless but in early Bohemian glass uranium concentration was as high as 10%.
The glass is also known as vaseline glass (resemblance to the appearance of petroleum jelly).The first major producer of uranium glass was Josef Riedel, who named the yellow (German: Gelb) and yellow-green (German: Gelb-Grün) varieties of the glass "annagelb" and "annagrün", respectively, in honor of his wife Anna Maria.