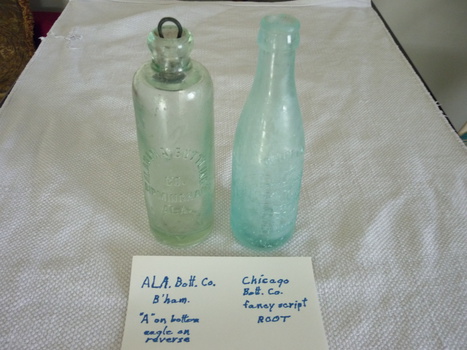 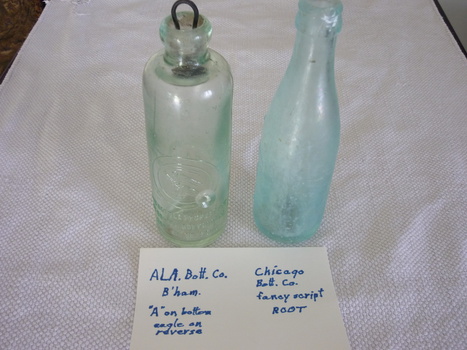 Huchinson marked, "Alabama Bottling Co." & "Birmingham". Reverse has double circles with an eagle in them & a large"A" on the bottom. Appears to still have the rubber seal on stopper. Other bottle in pic is Coca-cola.
I would like to know if any of these Huchinson's from them was used by Coca-Cola or what sodas were put in them?