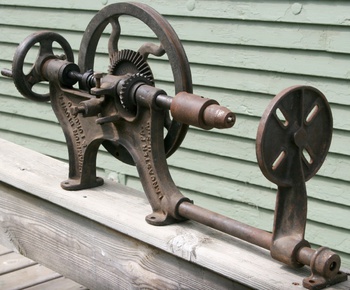 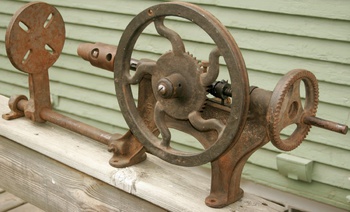 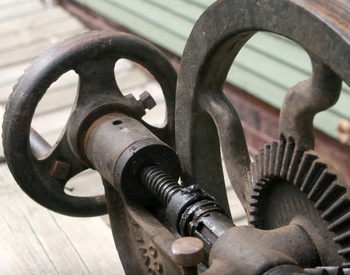 This is a early 1900's wall mount cast iron drill press. It was made by the Champion Blower & Force Co. of Lancaster, PA~U.S.A. The body of the drill press has "No 106" on it. The bottom on the table has "103" on it. The Champion Blower & Forge Co. was a well known maker of blacksmithing machinery. The company was founded in 1875 by Henry Keiper (at 17 years of age). He wanted to manufacture the rotary forge blower that he had invented. The company started making drill presses in the early 1900's & the first models were the hand powered post drills like this one.