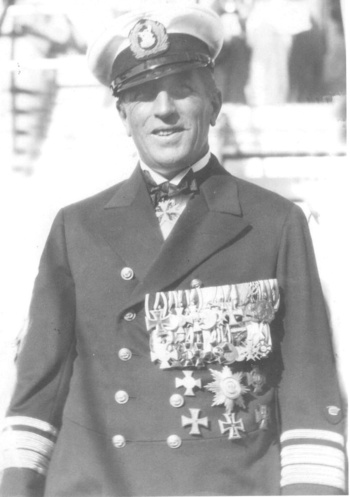 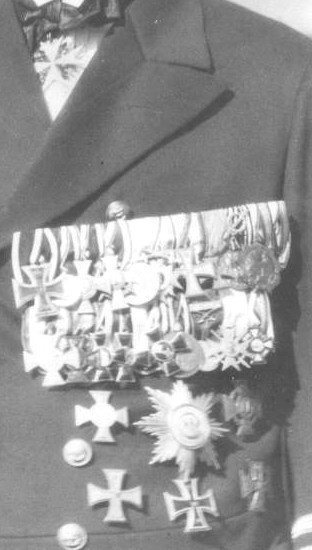 After Dr._Rambow posted his WWI Germany group I was reminded of a photo sent to me by the curator of the Veterans Center Memorial Museum of Merritt Island, Florida. The photo is of Count Felix Von Luckner who was a German Navy commerce raider during WWI. His ship was a captured motorized sailing vessel which after a long and successful cruise came to grief on a reef. His exploits as the “Sea Devil” were made famous by two books written by Lowell Thomas; The Sea Devil’s Fo’c’sle and Count Luckner, The Sea Devil. In the photo Luckner is wearing a medal collectors dream of mostly Imperial German States medals plus at least one Turkish and one Austrian award. Around his neck is a Blue Max. On his chest are two medal bars with at least 19 medals in total that I can see. Below that is one large Order Breast Star surrounded by 5 first class crosses of various German States. If he was actually awarded all these it was probably as an honorary after thought by the various German States not wanting to be seen as neglecting such a famous hero. In the 1920’s he was a very popular speaker touring the US and some collector researchers suspect that he may have actually bought a few of the awards on his own. A spectacular medal grouping in any event.