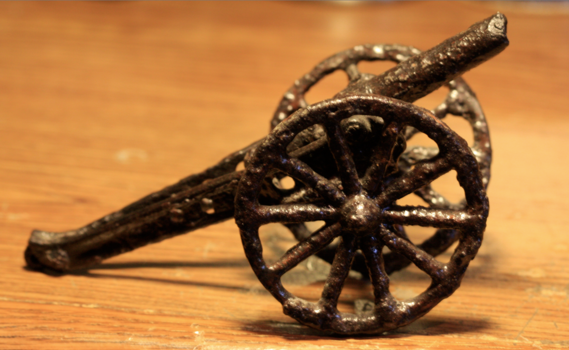 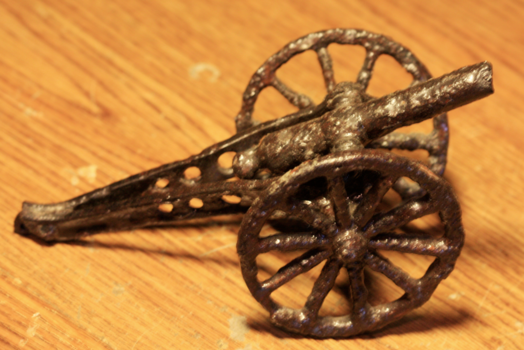 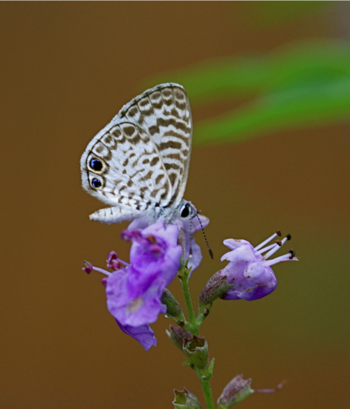 I dug this cast iron toy cannon out of late 1860's trash pit in downtown Savannah. Hard to find stuff like this look's like it's been through a lot of hard battles. I found the trash pit under a newer house built in the 1880's that was built over the earlier house site. The first house that had been there first was probably built in the 1850's. Last photo from my back yard.