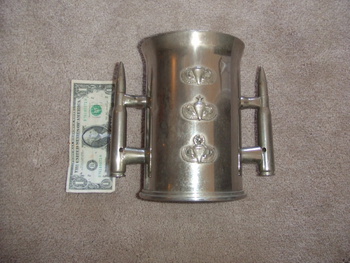 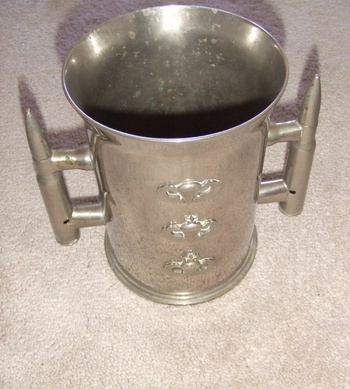 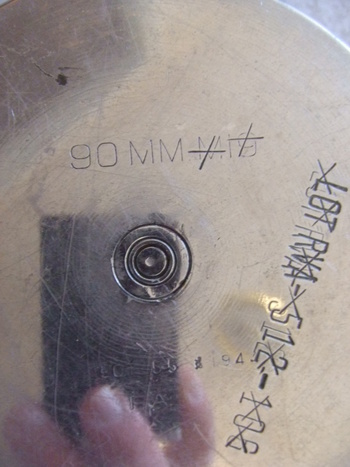 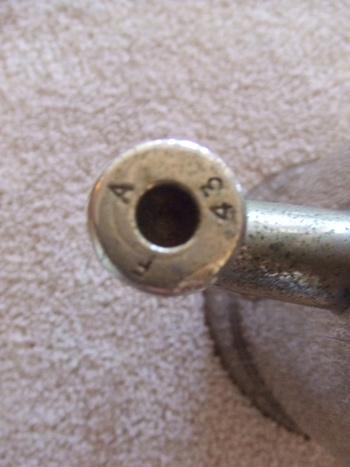 This large 90 mm shell casing has been fashioned into a mug, most likely used for an Army Airborne "Prop Blast" Ceremony.

The "Prop Blast" is an initiation rite of officers when they join their first Airborne unit. The tradition dates back to WW2 and gets it's name from the first blast of air felt by jumpers upon exiting an aircraft.

The Ceremony is different for each unit and most are tightly controlled due to past hazing and drinking incidents.

This particular mug is not identified to any unit. The base shell is a dated "1944" and weighs just under 7 lbs. The side handle .50 cal rounds are dated "1943" and "1941". The side of the mug is adorned with Airborne Wings: Basic Parachutist Badge (top), Senior Parachutist (middle) and Master Parachutist (bottom).