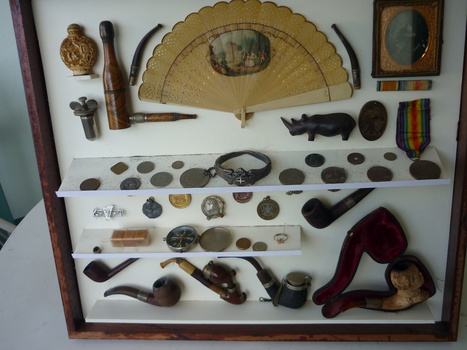 An Aussie friend gave me most of the stuff in this shadow-box years ago.
Told him the other day I was lightening my load & asked him if he wanted the stuff back. Said he is visiting Australia next week & has a friend there who deals in collectables. Most of the stuff is Australian so this is a good move for it. I took the stuff out of the box & posted a few pieces yesterday. See anything you like & I will post it. Mo stuff out of my way.