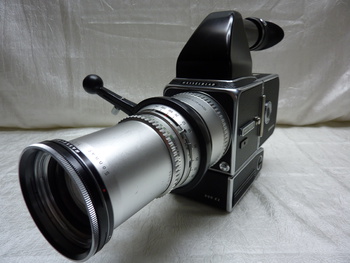 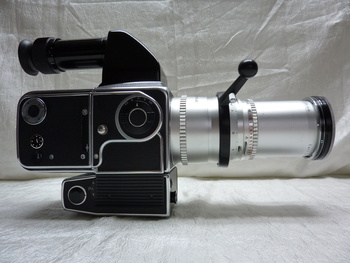 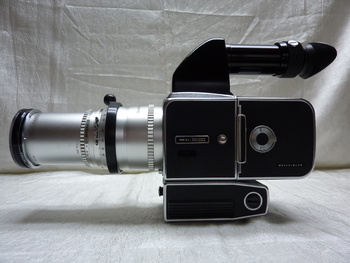 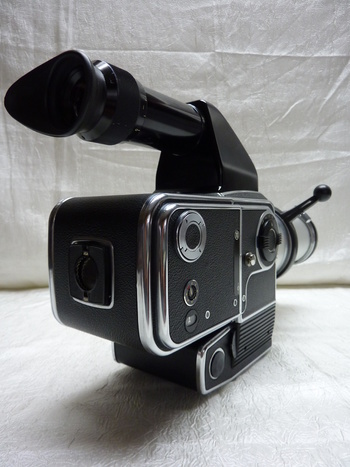 Produced from 1965-70 is one of the most, if not the most, iconic cameras in history.
Hasselblad was originally established in 1841 in Gothenburg, Sweden. Before the 500 EL was produced Hasselblad already had a long history of military, special application, and professional grade cameras. NASA was looking for a durable and versatile camera for space exploration and having a large inflence on upgrading the 500C resulted in the birth of the 500 EL (Hasselblad's first motorized camera). Known for the Apollo Moon Program, it is the only still photographic camera to have been on the moon and is reported that all 12 were left on the surface due to payload capacity issues. Only the 12 film backs returned. This would probably make those 12 the most expensive disposable cameras ever.
The EL pictured here is from 1969 and is outfitted with it's original Carl Zeiss Synchro Compur Sonnar 250mm lens and filter attachment adapter. Also included is the quick focus adapter handle, HC3-70 prism viewfinder, and 70mm film back. I purchsed this camera from a professional photographer with many accessories and instruction manual, all in a Pelican case (too much to add in pic).