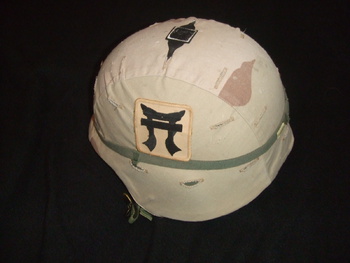 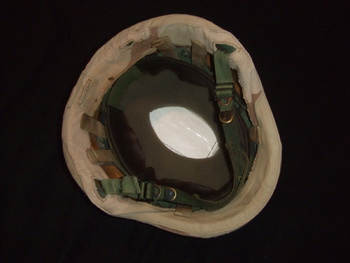 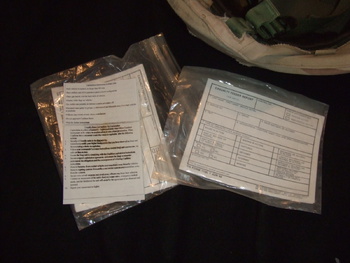 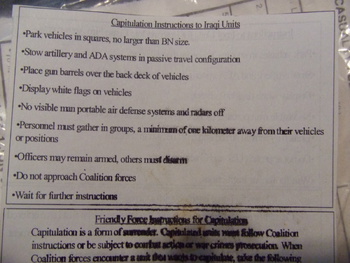 It is hard to believe that this is the 10 year anniversary of the Invasion of Iraq.

This helmet was worn during the initial invasion of Iraq and throughout Operation Iraqi Freedom 1 (MAR 03- FEB 04).

The helmet is a standard US Army Kevlar with desert cover. The side of the helmet has a torri patch-- the symbol for 3rd BDE, 101st ABN Division (AASLT). The brigade is known as the Rakkasans and have historically worn this insignia on the side of the helmet. The Rakkasans were the first brigade to wear a helmet unit insignia during OIF-- eventually the practice was standardized throughout the Division.

While President Bush proclaimed that "major combat operations in Iraq have ended" in MAY 03, the war continued and fighting became more intense.

President Obama brought combat operations to an end in 2011 with the full withdrawal of US troops. 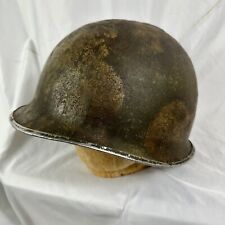 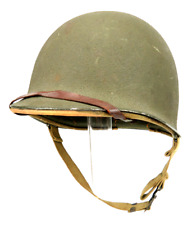