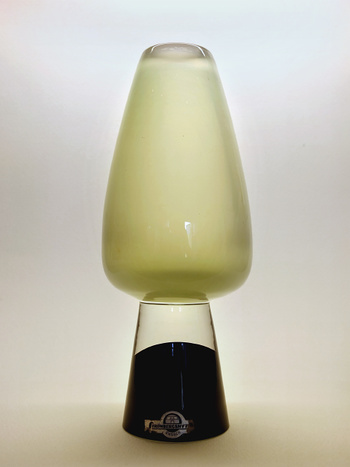 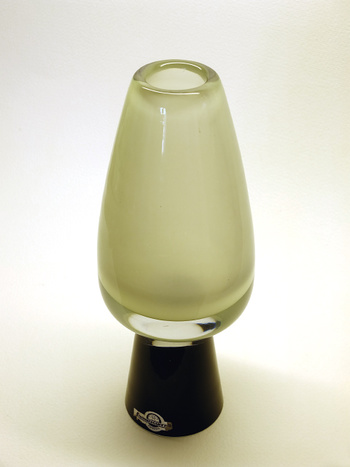 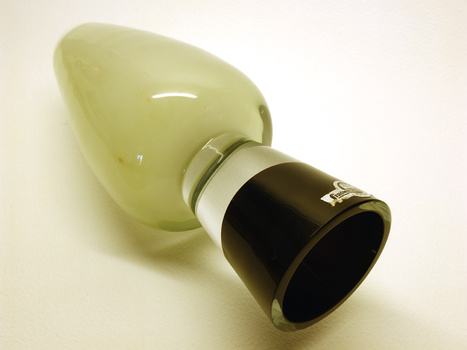 Today I show you a vase by Gunnar Nylund. Probably a quite rare model, produced in small series. Have seen only one with similar appearance earlier. It's here: http://precisensan.com/antikforum/showthread.php?29817-Trodde-det-var-Orup-ID-Strömbergshyttan-Gunnar-Nylund&highlight=Gunnar+Nylund+Str%F6mbergshyttan
Nor can I find these models in any catalog at my disposal.

My vase has no signing but a label. Probably because the bottom is depth and they didn't want to engrave on the sides. The vase in the link has a solid heel base and the signing on that one (452A GN SH) indicates it's from a test series. This one can also be a test glass? It's produced a little different to the other with solid base. The base has been blown up with an underlay bullet in dark purple glass, instead of forming the base without blowing as in the vase in precisensan. Both have a cup with lime colored underlay which has been stapled onto the base. Finally, the mouth operated manually with hand "driving" and inwarmings. The base afterworked with plan cutting. 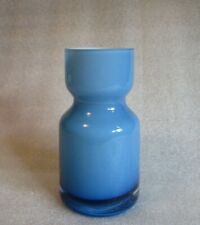