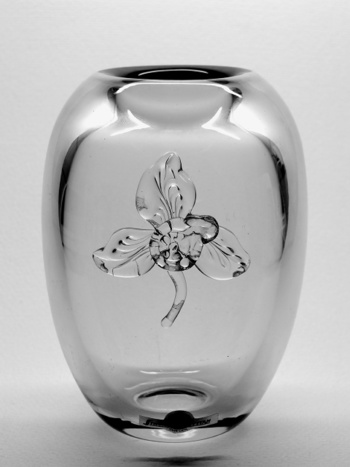 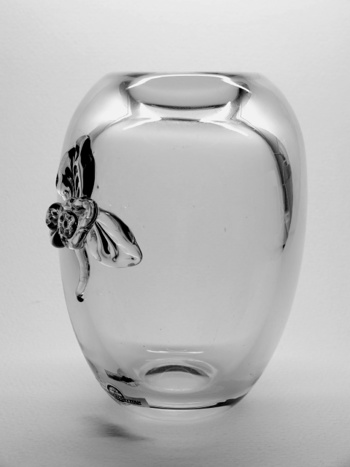 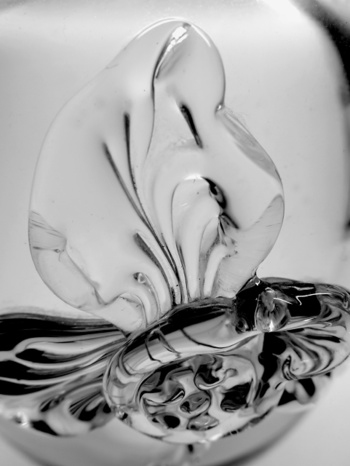 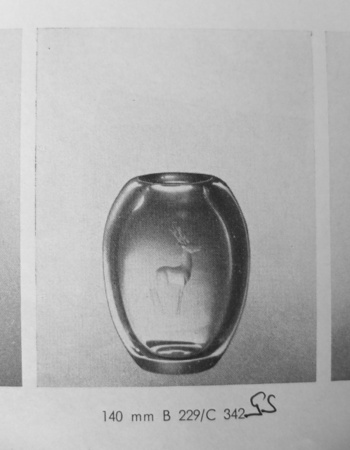 You could also get the model with engraving motifs, as seen in the last picture from my catalog dated 1954. C 342 is a venison, wich can be an engraving motif either by Gerda Stromberg or Asta Stromberg. In an interview in a newspaper article states namely Asta she got her first designers commissioned by her father in law, Edward Stromberg, in the early 1940s, and it was to design motif for engravings, among others various animal motifs. The number C342 is in a range that might match well with the beginning of the 1940s, in the catalog of 1942 stops engraving numbers on the C 315. Edward Stromberg died in 1946 so the first design mission Asta got can not be later than that.

But the vase I show here is a special version that I believe was produced in very few copies. Probably not in the normal range. I've only seen it in one copy, and it's from one of my cousins, and it does not disappear in any of the cataolgs I have seen. What I understand is that my grandfather, Knut Bergqvist, developed a special version of Gerda Stromberg's model B 229. Probably he thought the vase was a beautiful design and applied therefore a beautiful flower on the side. A pure free-hand manually craft work of the skilled master. In a photograph from Knut Bergqvist's 75th birthday 1948, is this vase (including other glass pieces he made) at the place of honor on top of a shelf. I think he liked Gerdas model (it's a pure manual work wich is totally finnished by the masterblower without afterworking) and therefore he applied the flower to crown her masterful design.