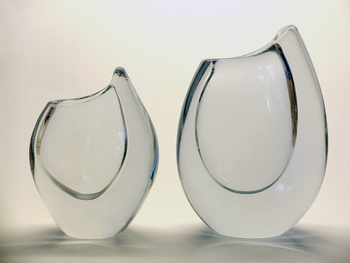 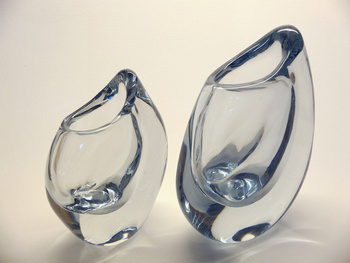 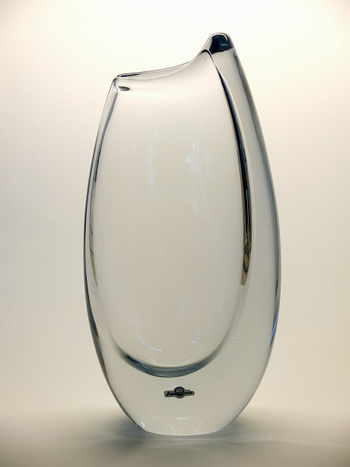 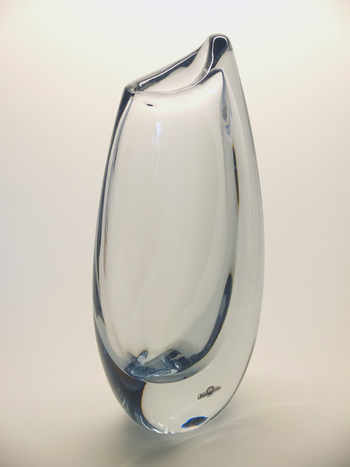 I wrote about Nylunds Shark tooth vases some days ago:

The 150mm vase here is the same model as in that post, but differ a little in shape, probably according to production variations (it's a pure craftsmanship without machines, depending on the masterblowers skill) or that the models has gone trough some small changes over the years. Altough the 300mm vase differ a little on top against the picture in 1962 years catalog. You can also get the vase in only 350mm 1962, but mine are 300mm. Probably an early made 1950s. It looks like the first produced Shark Tooth vases differ a little from the ones showed 1962?