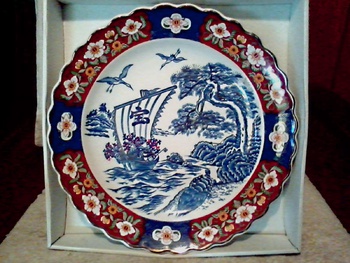 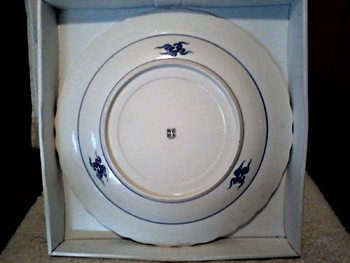 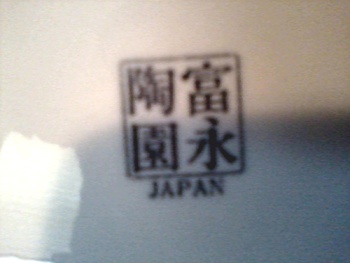 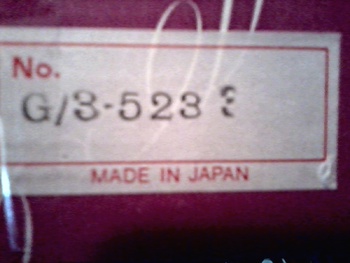 This was a really good deal from Volunteers of America. Got it for half price and it's still in it's original box! No idea how old it is or what shop it came from. Oddly there is no store name on the box at all just the number label and a bar code that says 15 1/2 in. plt. Probably someones souvenir from a trip or maybe just ordered from a catalog. The design on the plate looks like transfer ware not hand painted. It has 24 kt. gold accents on the design and on the rim but it's hard to see in the picture. The center picture I actually saw on a piece of antique 19th century blue and white that was on "Ancient Point's" website. They called it a Dutch ship and a symbolic turtle pattern. So it's a copy in the Imari style. Don't know if it's worth anything or how old it is. I would guess anywhere from current to the last 30 years. -Mike-