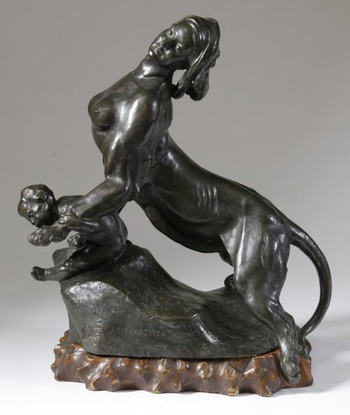 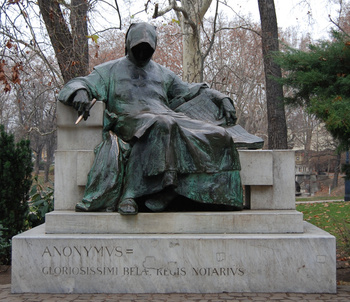 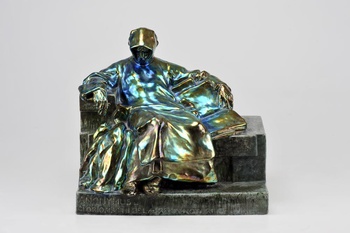 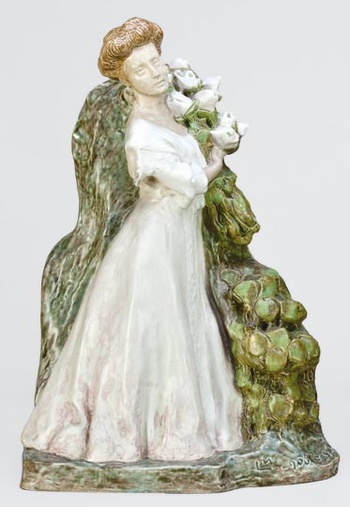 Miklos Ligeti is one of the most famous Hungarian Symbolist Sculptors. He studied either in Vienna and Paris, where he kept in touch with the famous french sculpture Auguste Rodin. Perhaps the most famous of the Ligeti’s works, the so-called Anonymus statue situated in Varosliget, just in front of the Vanjauadi castle, finished in 1900. His designs were also produced at Zsolnay and he worked in marble as well.

I think the "secret of secrets" is that she was not always the evil monster but needed a youth to save her. To rid her paw of a thorn? The tender side to a monster.

She was sent by the gods to plague the town of Thebes as punishment for some ancient crime. There she preyed on the youths of the land, devouring all those who failed to solve her riddle until Oidipous solved the riddle.

What goes on four legs in the morning, on two legs at noon, and on three legs in the evening?
A man, who crawls on all fours as a baby, walks on two legs as an adult, and walks with a cane in old age.