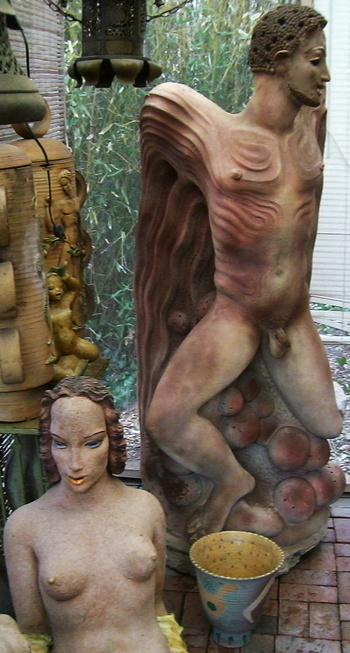 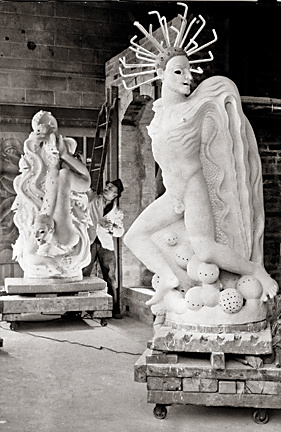 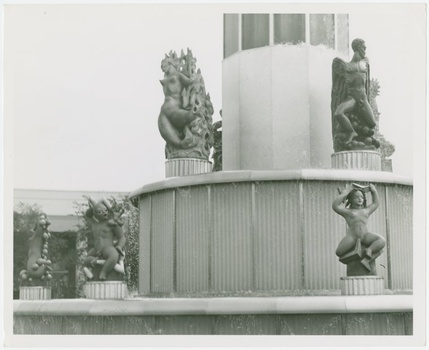 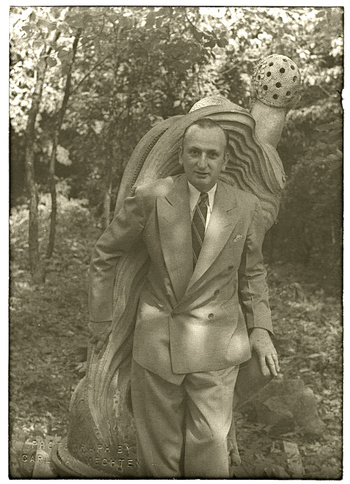 Waylande Gregory was commissioned for the 1939-1940 New York World’s Fair to produce The Fountain of the Atom. It was comprised of four elements: earth, air, fire, and water, surrounded by eight electrons, four male and four female. He described the electrons as “elemental little savages of boundless electrical energy.
This is the original element "AIR" which is one of the largest figures.

I just added a new pic I found online where Gregory is glazing the pieces before firing. So cool!