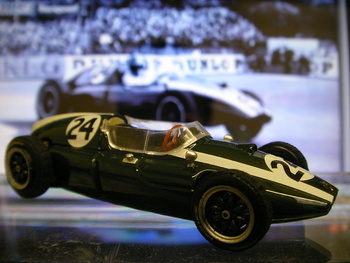 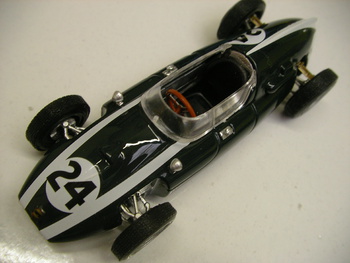 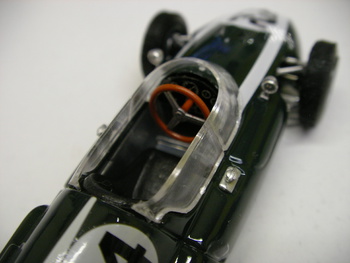 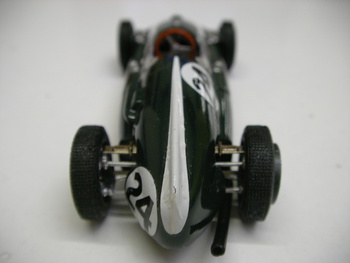 This is a 1:43 diecast model of the championship winning car for both the 10th (T51 - pictured) & the 11th (T53 - which is a modified 'lowline' version of the T51) FIA Formula One World Championship season held in the year 1959 and 1960 respectively driven by Australian racing driver, Jack Brabham (pictured).

The standard F1 T51 was the first Cooper powered by the 2.5-litre 4-cylinder engine which Cooper and Lotus had commissioned Coventry Climax to build specifically for their 'rear-engined' machines fitted with modified Citroen gearboxes. The location of the fuel tanks on either side of the cockpit rather than at the rear meant the car handled more consistently with different fuel loads, a vital factor during races which lasted up to three hours

The T51 earned a significant place in motor racing history when Jack Brabham drove the car to become the first driver to win the F1 championship with a 'rear-engined' car, in 1959.