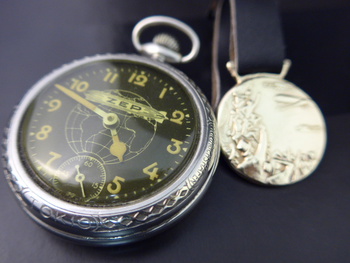 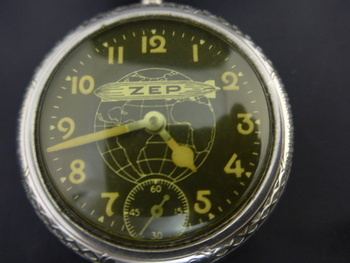 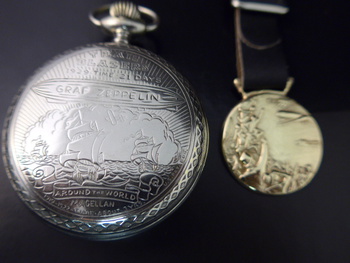 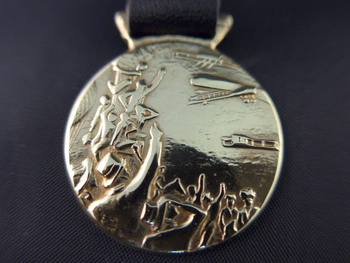 This 'black dial' pocket watch was manufactured by Westclox in 1929 to commemorate the August 1929 around the world flight of the LZ-127 Graf Zeppelin, a German-built and operated, passenger-carrying, hydrogen-filled, rigid airship which operated commercially from 1928 to 1937. The entire journey which began and ended at Lakehurst Naval Air Station in New Jersey took 21 days, 5 hours and 31 minutes and covered 33,234 km. The brass watch fob depicts a large crowd cheering to the landing of the airship accompanied by airplanes (the airship can be seen at 2 O'clock position on the fob).