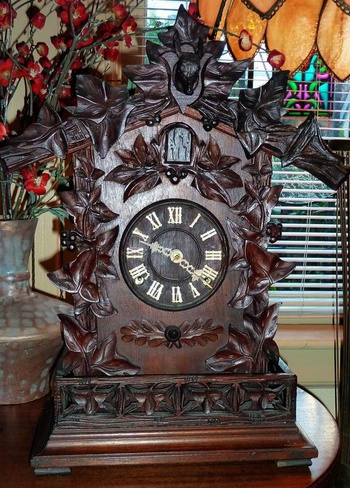 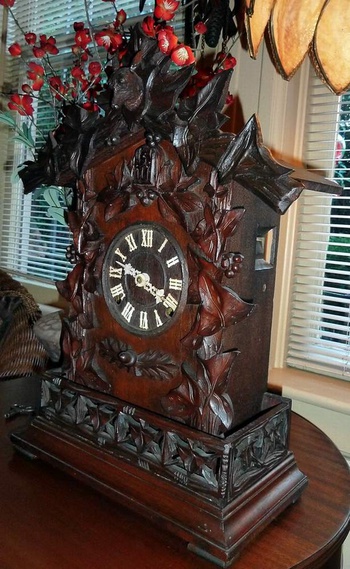 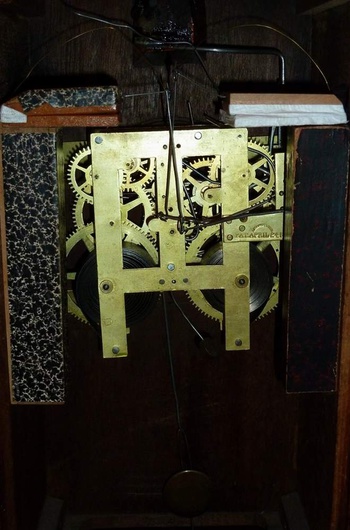 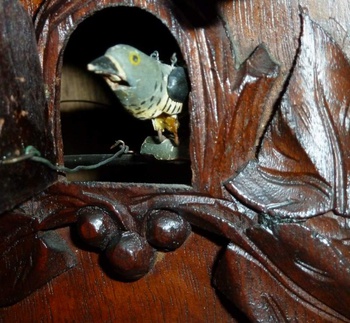 This is a charming mantle Cuckoo Clock that features an 8 day key wound movement. The little painted bird cuckoos and bobs up and down with wings flapping only the number of hours, not the half hour. There is also a mounted chime spring on the backboard that is struck on the hour as well. There is one replaced bellow. Numerals appear to be original along with the bone hands. To quote clock aficionado and auctioneer R. O. Schmitt..." C.1870, A. Frankfield. NY Shelf Cuckoo, 8-day time and strike, walnut case. The Frankfield patent was granted in 1866 and Waterbury Clock Co was given the order for producing the modified open spring movement, with an extra lever to handle the 2 bellows. These were actually the first American made cuckoos, both cases and movements made in the US. The bonus is the week duration, as most German shelf cuckoos run only a day or 2." The movement is signed A. Frankfield with the patent date of April 24, 1866. The dimensions of the case are: 20 1/2" height c 12 1/2" wide x 7" depth. Other than a couple of leaf points having chipped and 're-filed', the case is in great condition.