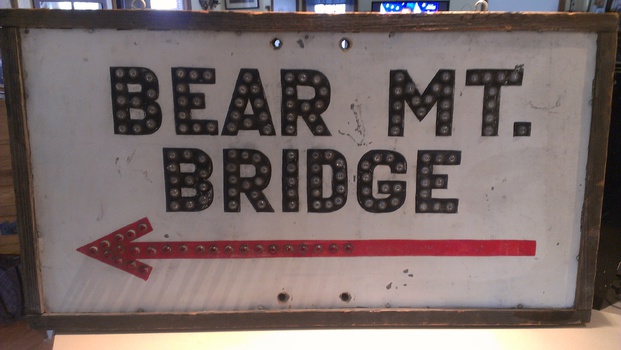 Story has it that this sign was hung when the bridge was built in the 1920's. It remained until the 1960's when the owners turned over the bridge to the State of New York and was replaced by an official New York issued sign. This is a very rare sign, maybe the only one still in existence. It is made of tin and the words - "Bear Mt. Bridge" is painted in black with a white background. There is an arrow in red under that. The words have white cat's eye reflective marbles and the red arrow has red cat's eye reflective marbles - all present and in good condition. The sign has a wood frame. There are 4 holes in the sign where the sign was mounted. There are also 2 eye screws in the back so you can hang the sign on a wall. The sign is approximately 3' wide by 2' high.
The Bear Mountain Bridge crosses over the Hudson River and connects Westchester County to Rockland County. Westchester County is just north of and neighbors New York City. The bridge was built by the Harrimans and was privately owned until New York State took it over in the 1960's. 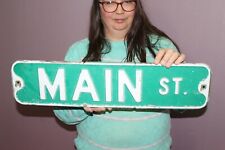 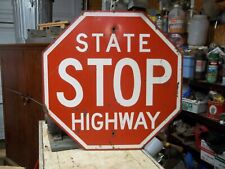 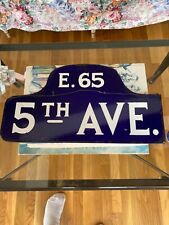