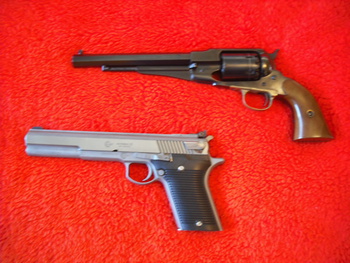 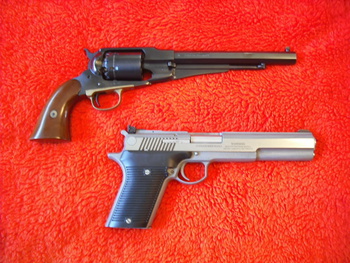 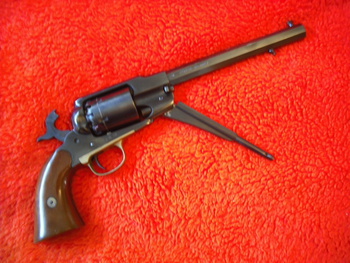 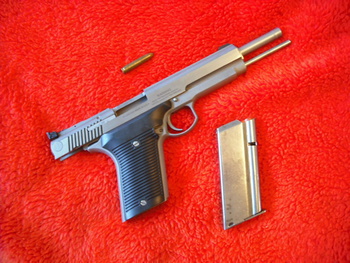 I thought as long as I was posting my uncle’s commemorative rifles, I’d post his two handguns as well.

At the top is a reproduction of a Remington 1858 New Army Revolver in .44 caliber by Filipeta of Italy. There were a few rust spots when I got it from my uncle that I buffed out and re-blued, but they are still visible. I had a lot of fun with this black powder pistol while it was on entrusted to me, and I’m considering getting one of my own now that it’s gone.

The lower handgun is an Automag III by AMT in…get this… .30 Carbine! I have never seen a pistol in .30 Carbine before, and it’s quite a hand cannon.

These belonged to my uncle who left them in my care when he moved to Mexico where the gun laws are prohibitive. He passed away last month and I am grieving his loss. This last weekend his son came to pick his father’s guns up. I decided to photograph them as I got them ready to go.