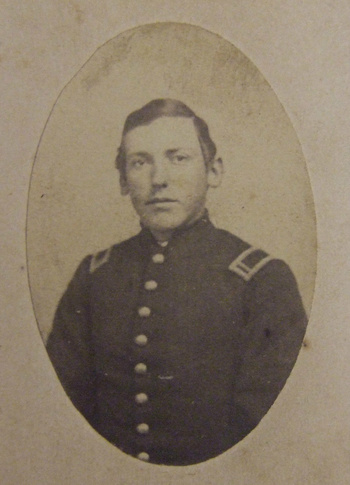 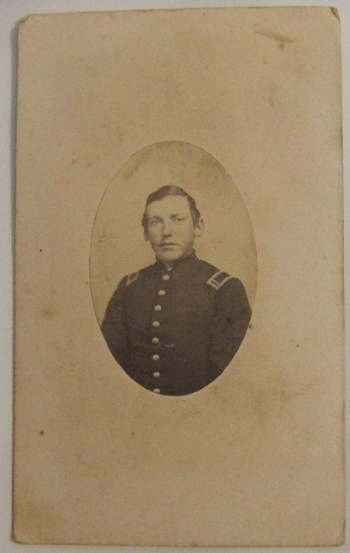 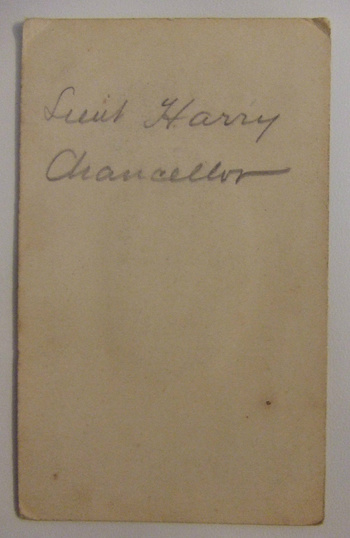 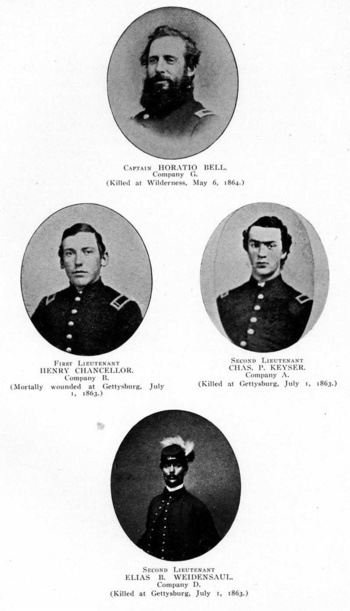 LT Henry Chancellor of the famous BUCKTAIL Regiment, 150th PA who was mortally Wounded at Gettysburg.

A hard to find likeness of LT Henry Chancellor-- the SAME pose used in the unit history 150th Regiment Pennsylvania Volunteers, by LTC Chamberlin in 1905 (Shown in last photo).

Chancellor was shot through the thigh during the fighting on 1 JUL 63-- desribed on page 130 of the unit history:

"Lieutenant Chancellor, of Company B, was shot through the thigh a few moments after the adjutant was wounded, sustaining a painful fracture, from the effects of which he died on the 7th of August. He had hardly passed the limits of boyhood, but in intelligence, courtesy, courage and all the traits which constitute a useful and efficient officer, he had few superiors."

LT Chancellor survived for a little over a month. His leg was amputated but still LT Chancellor died of his battlefield wound at the Seminary Hospital at Gettysburg on 5 AUG 63.

Here is the history of LT Chancellor from the HDS:

I do not know the photographer of the CDV as it has no backmark. Image does have an old pencil ID on the back of "Lieut Harry Chancellor".

During the Battle of Gettysburg, the 150th PA Regiment suffered horrendous casualties. The Regiment lost (KIA, WIA and Missing) 264 of the 397 men engaged during the battle! The Regiment has two monuments on the field at Gettysburg.

Reproduction of my images in any form is prohibited.