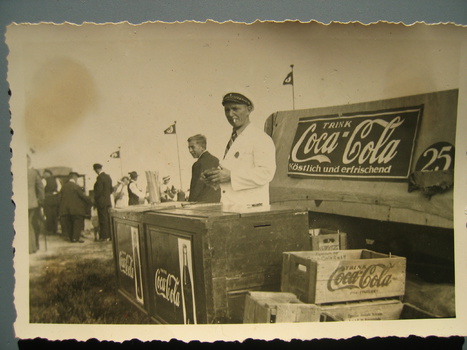 As I read it might interest some people, how Coca-Cola was promoted outsinde the US in the early times I will display some of my 1930 pictures from germany. As most of you know, at these times coke was not nearly as big s today in europe/germany but allready on it´s way to reach the top.

The wooden cooler used as a outdoor sale on a fare in Germany late 1930, with signs, woodcases an banner

see the flags in the back