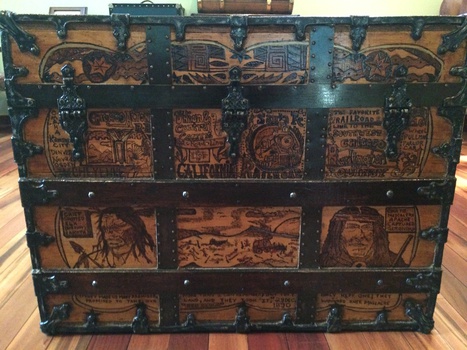 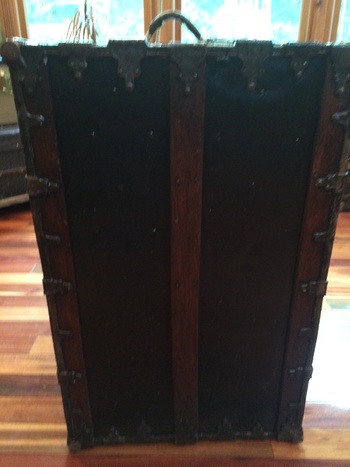 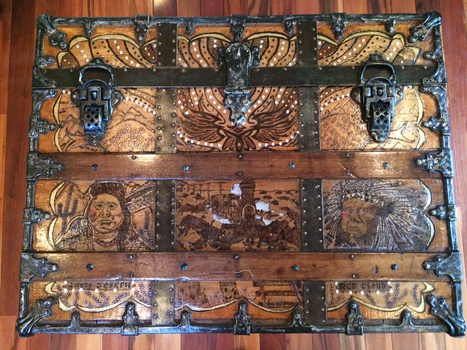 On the back there are pictures of Chief spotted elk (Bigfoot )Lakota who lost
his life at the battle of wounded knee massacre 29 Dec.1890 also depicted.
Chato :Tribe Mescalero Apache who actually captured Geronimo(the last Indian hold out.)with the U.S. Army then ironically spent 27 years as a p.o.w. The word of red cloud," They made us many promises but only kept one, they promised to take our land,and they took it!"
Railroad posters of the Chicago and Alton r.r. -Union & Central Pacific-
Santa Fe and the Chicago Burlington and Quincy r.r. The great irony of a railroad trunk that helped destroy the Indian way of life during the westward expansion now pays tribute to their demise. This Item is the
brother trunk to" The Four Chiefs Trunk"That was posted a month ago and will remain with it when completed as end tables to the sweetest trunk collecting gal Elise (A like minded soul).