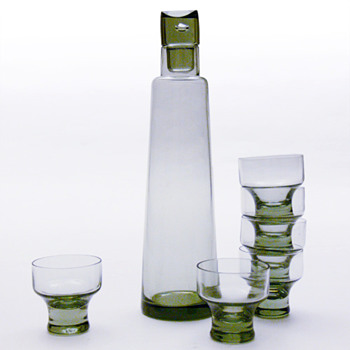 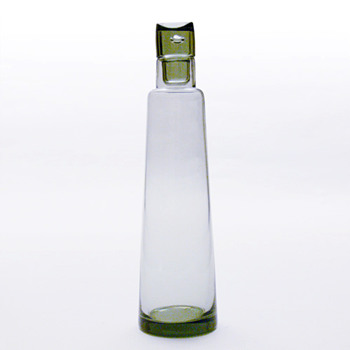 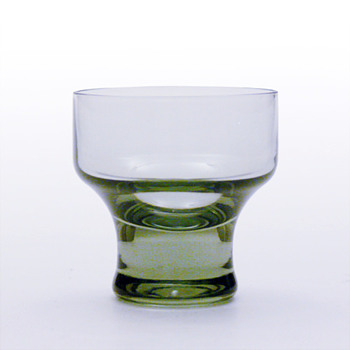 For some time, and in spite of its name, this was thought to be one of Per Lütken's designs, and so appeared at hardernet.dk when I purchased this set.

In fact the design is so good it could have been Lütken's, but it also is a strong reminder of the actual designer's high skills as such.

Christer Holmgren was born in Sweden and started working -first as an intern- for Holmegaard in 1957, leaving it in 1971, when he and his Austrian-born wife, Christel Holmgren-Exner, opened their own design studio.

Holmgren is the author of some models in the SAFIR series that are commonly attributed to Lütken, as well as the narrow-footed candleholder in the CARNABY range (the one that comes in three sizes - there's another candleholder model that was designed by Lütken which has a pretty wide foot), as well as other designs that were attributed to Lütken (such as the handleless 428 jug in the Grønland colour jug and matching glasses).