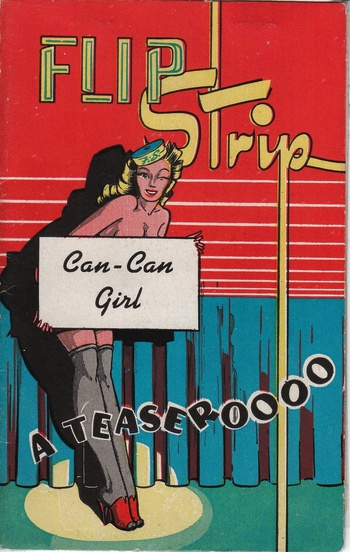 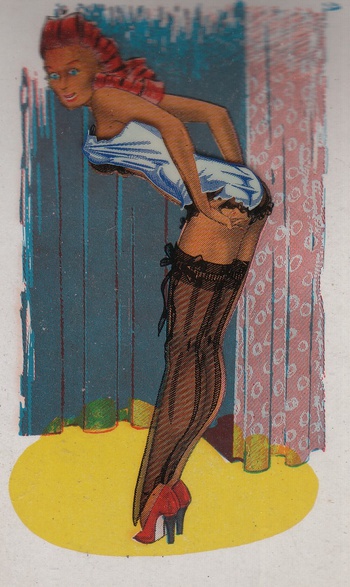 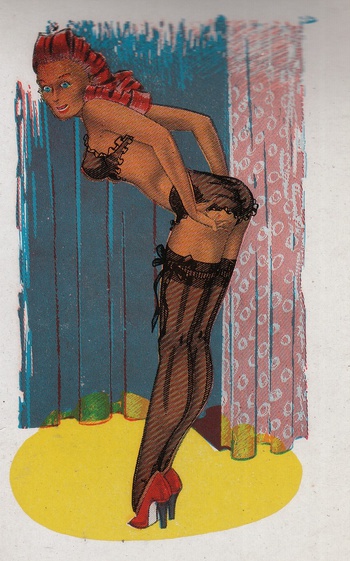 Truly, does it ever get any better than this? YEP! The fellow who invented, or at least printed and sold the above "Teaseroooo"...are you ready? Invented the BUG IN AN ICE CUBE Too! I am truly in awe. Not only that, he invented Sneezing Powder, the Exploding cigarette box, and the Dribble glass!

"There" was Ashbury Park. Right on the same Jersey Shore which brought us Bruce and his boys, the hardest working man in show business ( Officially...now that James Brown can no longer "Get Up, Like a Sex Machine" and his wives are fighting over the spoils.) S. S. stood for Soren Sorenson Adams. Two S initials weren't enough, so he added "Sam" thus making his real name, I guess, S. S. S. Adams. He earned every S.

The Flip Strip Can Can Girl Teaseroooo was probably a big seller at the carnival boardwalk at Ashbury Park. However, few exist today as angry wives would hide them in the sand before the family went home. "Honey? Have you seen my Teaseroooo?" It was right near the Blanket"

I am leaving out last page...why? Because I'm a Teaseroooo!