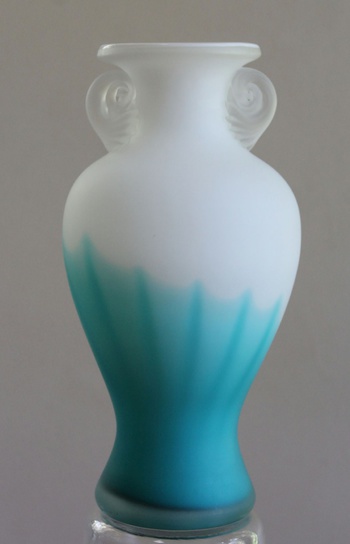 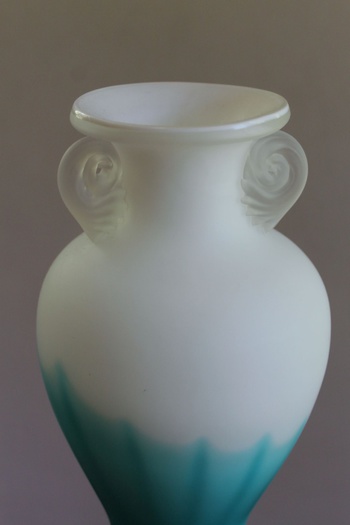 After the alien vase this is very calm. I think this piece is from late in Kamei's releases, probably 1980s or 90s.

Beautifully made with a pale blue base with darker lines in it moving into a white body. Very Japanese scrolled handles (or ears as they so wisely call them) have been added then it has all been satinised.
Height 28.5cm

Have I told you my Kamei theory?
I have never found any designer attributed to Kamei. The only history I have found on the company has been an interview from the company owner apologising for bankruptcy, and he called Kamei a wholesale company.
Add to that my feeling that all the Kamei work I have seen looks like it has come from another manufacturer. I have seen pieces that could be Iwatsu, Marti, Joetsu or Tsugaru. Maybe Kamei just followed the design flow of the time, or maybe they never did make glass, just distributed it. Hopefully I will know something regarding this as I have written to a few people in Japan that I hope will respond soon.
Then again, I may never know! I'm sure the world will keep turning......