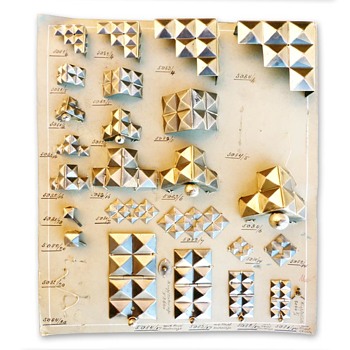 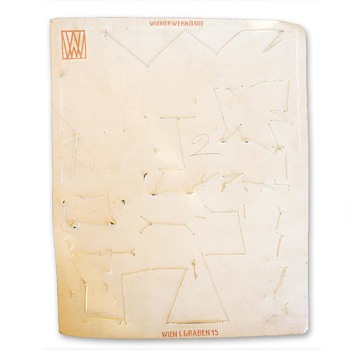 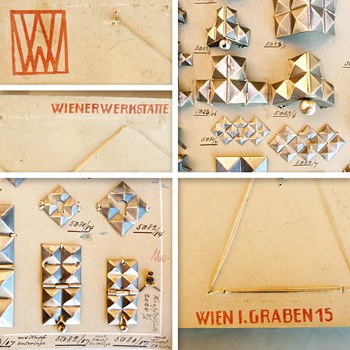 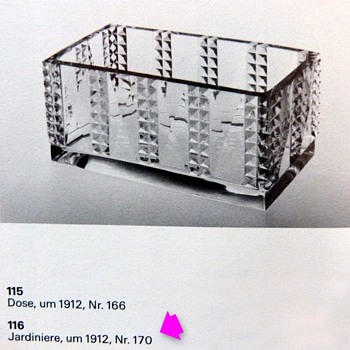 This is one of those things I cannot figure out where Carlos found… a sample of Wiener Werkstätte fittings for boxes or jewel boxes… corners, box legs, trims, hinges, locks!!! It’s weird something like this has been kept by someone since around 1910 (and a pity some of the items have been removed from the sample display). We don't have any notice of these samples in museums nor books on the WW, so we guess this is quite an important object. Carlos has seen two other WW display samples, with other fitting designs, but none of them with so many items attached to them. The way the different fittings are sawn to the cardboard and the notings on the card make this sample quite especial.

At the back of the cardboard one can see the next: WIENER WERKSTÄTTE, plus the WW logo, and WIEN I. GRABEN, 15. Graben 15 is the address where the first city center Wiener Werkstätte shop was opened in 1907 (their first shop wasn't not in the city center. Later, they did open two more city center shops). The fact of the address being Graben 15 could mean that the display was make just around the time of its opening (the one at Graben 15 was just a shop, not headquarters).

As Koloman Moser had left the Wiener Werkstätte by the opening of the shop, we do believe the designer is Josef Hoffmann. Researching on Hoffmann work we’ve found pieces designed by him that use the same motif, like this glass jardinière from 1912 (pic.4), so our guess is that the fittings were designed around that date. Hoffmann used to use similar motifs for different objects (please notice how, for instance, he used the same shapes in metal boxes, armoires and buildings here: http://www.collectorsweekly.com/stories/122784-brass-cigarette-box-josef-hoffmann-wie?in=collection-3708 ).