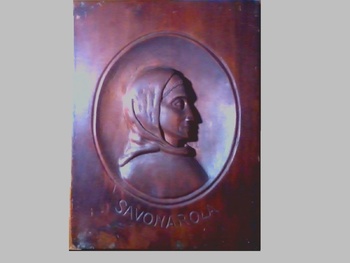 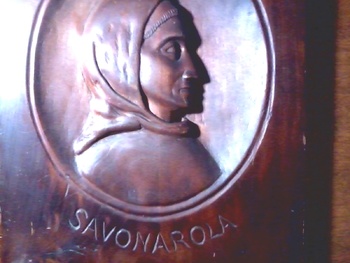 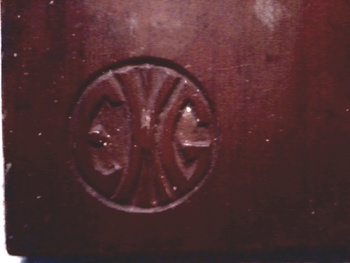 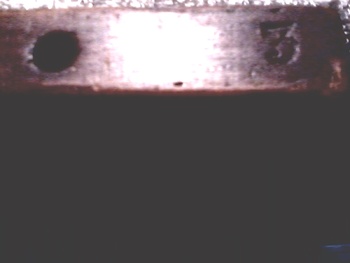 Another oddity for today. Found this at Volunteer's of America. A Carved wood panel of Girolamo Savronarola. Not a terribly nice guy destroying secular art with the "bonfire of the vanities", he met a similar horrific end at the hands of the church. Not sure what this was meant for. It looks like it was part of something. A cabinet or desk maybe ?? It's 10" x 13.5" and 3/4" thick . Don't know the type of wood but it's very red in color. Mahogany possibly. The back has a carved monogram that may be the artist's signature. The edge has a small hole and the number 3 carved into the corner. There's nothing online except his namesake classic "Savonarola" chairs. -Mike-

Girolamo Savonarola (Italian 1452–1498) was an Italian Dominican friar and preacher active in Renaissance Florence, and known for his prophecies of civic glory, destruction of secular art and culture, and calls for Christian renewal. He denounced clerical corruption, despotic rule and the exploitation of the poor. He prophesied the coming of a biblical flood and a new Cyrus from the north who would reform the Church. This seemed confirmed when Charles VIII of France invaded Italy and threatened Florence. While Savonarola intervened with the king, the Florentines expelled the ruling Medici and, at the friar’s urging, established a "popular" republic. Declaring that Florence would be the New Jerusalem, the world center of Christianity and "richer, more powerful, more glorious than ever. He instituted an extreme puritanical campaign, enlisting the active help of Florentine youth.
In 1495 when Florence refused to join Pope Alexander VI’s Holy League against the French, Savonarola was summoned to Rome. He disobeyed and further defied the pope by preaching under a ban, highlighting his campaign for reform with processions, bonfires of the vanities, and pious theatricals. In retaliation, the Pope excommunicated him and threatened to place the city under an interdict. A trial by fire proposed by a rival Florentine preacher to test Savonarola’s divine mandate was a fiasco, and popular opinion turned against him. Savonarola and two lieutenants were imprisoned. Under torture, Savonarola confessed that he had invented his visions and prophecies. On May 23, 1498, the three friars were condemned, hanged, and burned in the main square of Florence. Savonarola’s devotees, the Piagnoni, kept his cause of republican freedom and religious reform alive well into the next century, although the Medici restored to power with the help of the papacy eventually broke the movement.