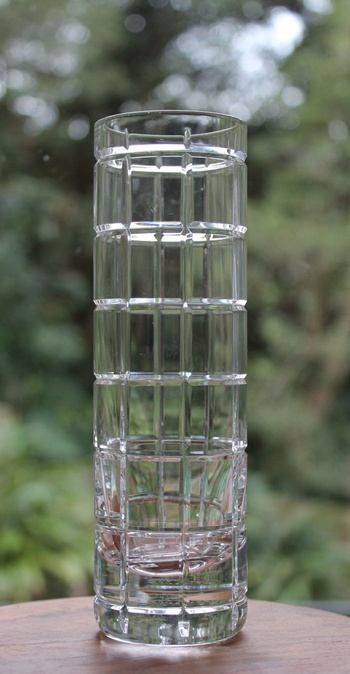 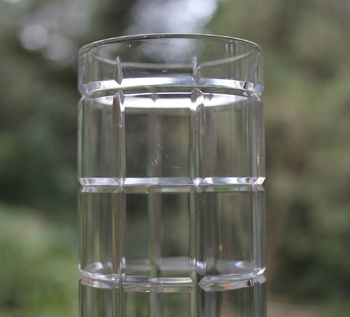 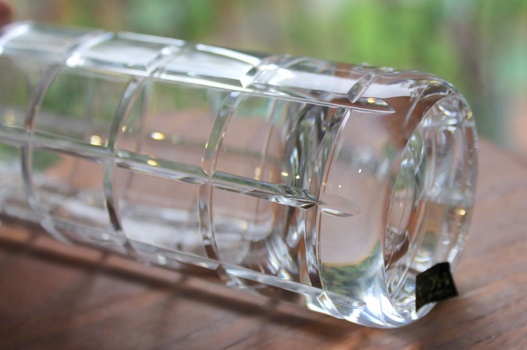 In the mid to late 1980s Hoya produced a range of designer crystal, all hand cut, and actively marketed it to the Western world. The series was called Museum Crystal, and included vases, platters and sculptures.

This vase is one of the pieces from that release, and dates to about 1987.
I have not been able to definitely attribute this design to head designer Fumio Sasa, but all of the other cylindrical vases in this series (same height and width, just different cut designs) are by Sasa..

A simple cylinder of crystal, cut with parallel lines vertically and horizontally.

In light, it is fantastic.

Sticker on the base (placed there as originally these stickers were placed near the top lip) HOYA Museum Crystal.