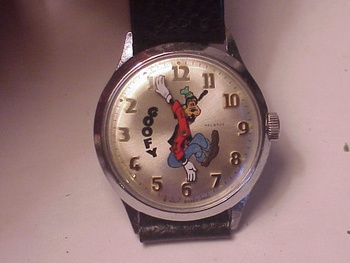 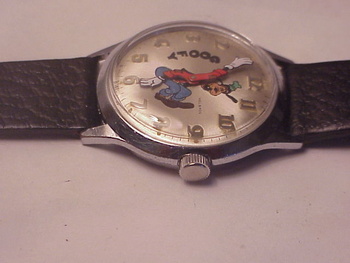 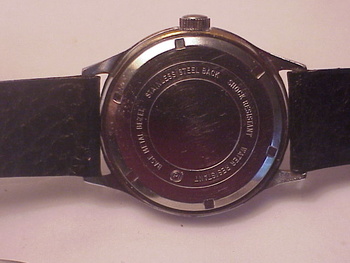 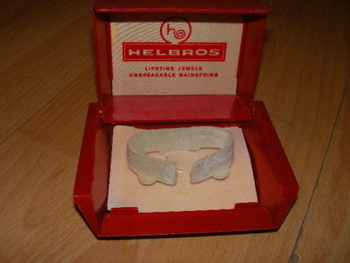 Hello Friends and Fellow Collectors. This was a novel idea, but just didn't seem to catch on when they came out.
In 1971 Helbros designed and produced a "Goofy" wristwatch for Disney. They were designed to run backwards and turn counter clockwise. The Dial markers(numbers) placement was opposite of a normal watch and the hands rotated around the dial counter clockwise. Pretty neat concept for Goofy, as he was always doing thing the hard or wrong way...LOL.
These Original "Backwards" Goofy watches were a mechanical, 17 Jewel movement, produced circa 1971-72. Even though they didn't seem to catch on back then, There has been a couple of companies produce remakes of these in a Quartz style movement. Pedre and Lorus produced both a gold tone and chrome style and they can be brought for a fare price for a daily wearable wristwatch. This doesn't hold so true with the Helbros. Beings originally these didn't sell as expected and the production numbers were smaller, in comparison to other watches of the era. So now days these are a "Serious" collectors watch. Mind you they're a quality watch with dependable 17 jewel movement that sold for $19.95 in 1971-72. But in todays market they have increased in value well over the inflationary rate, because not many are still around. And you can get a remake, cheaper to use as a "Everyday" wearable piece.
There are a few "Disney" watches that are on most Character Watch Collector's "Have to Have" list and these are probably in the top 10 on that list. There are a couple excellent examples already posted here on CW, but wanted to share mine with you today.
Thanks for looking and Wish each and everyone of you all a great day,
Kerry
BTW: just added a period correct "Red" original style box for this bad boy....today's been good day at the Horde