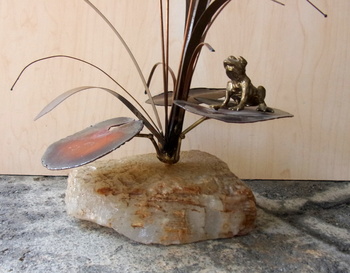 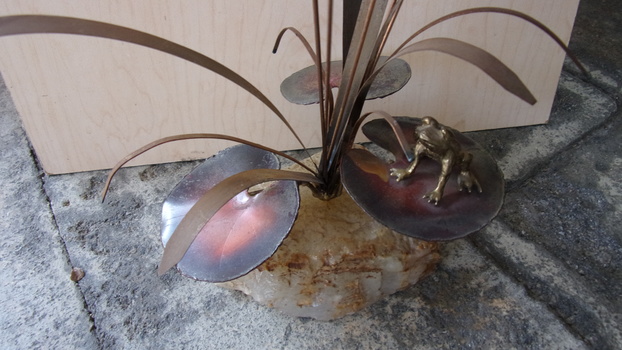 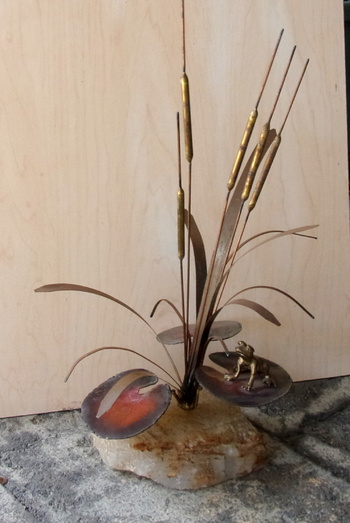 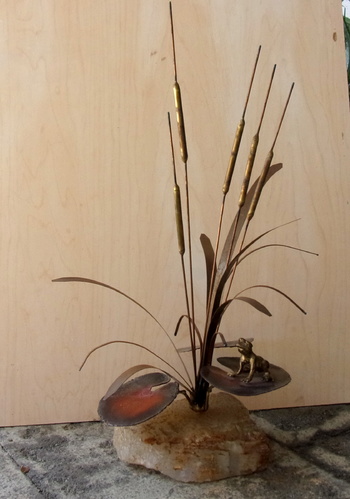 So after finding this piece and remembering it from the 60's era and love it still. This stands 15" tall x 10" wide (one of the smaller pieces)! Doing a bit of research on it, I find that this is attributted to C. Jere, or Curtis Jere. Attributed to because not only is there no signature, which apparently rubbed off easily much of the time but also Curtis Jere is a "non-de-plume" or pen name. Since his death in '07, many of his pieces have been sold, including prototypes. (Keep your eyes out...you may get lucky).

Before starting his company, Artisan House where he did sculptures, he and his partners built a costume jewelry business selling work under the names Renoir and Matisse which employed around 300 people.

Valentino97 just mentioned Renoir and Matisse and how they made copper and other metal jewelry, so I thought this was fitting to post now.

If you'd like to read more about C Jere, here's the link: