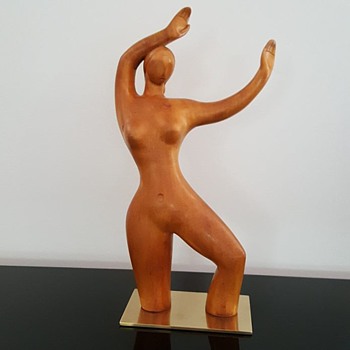 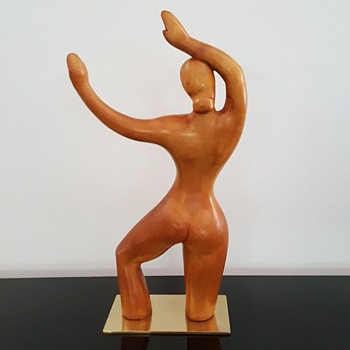 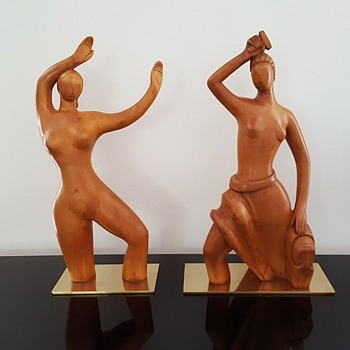 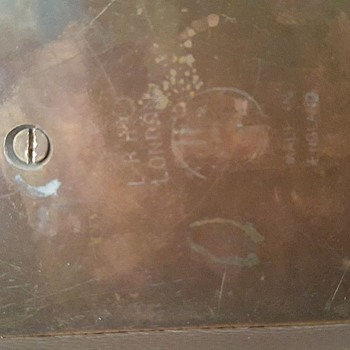 Rare original timber sculpture by the Hungarian designer, furniture maker and wood sculptor Laszlo Hoenig
Walnut sculpture in Art Deco Modernist style in form of a nude dancer sculptress , the only example of this figure that has been seen, perhaps a prototype .
Highly polished wood in excellent condition
Overall height 300mm
Set on a bronze base
Underside is stamped LAHO LONDON with H in circle and then Made in England
A stunning sculpture by this Bauhaus pupil
László Hoenig, was an Austro-Hungarian architect, interior designer and cabinet-maker who studied at the Bauhaus in the late 20s and practiced in Berlin until 1933 when he relocated to England rather dramatically due to the political and social climate of the time. Within a few years he had opened his London design studio and showroom in Mayfair and continued a successful career in business as an interior designer and maker of bespoke furniture for mostly private and some corporate clients, until his death in 1971. He was able to balance the styles from several periods whilst at the same time his work possesses a distinctive and timeless quality of its own. Although he kept an intensely Hungarian passion beneath an acquired veneer of English reserve, the warmth of his natural Hungarian charm endured in the memories of all whom he encountered