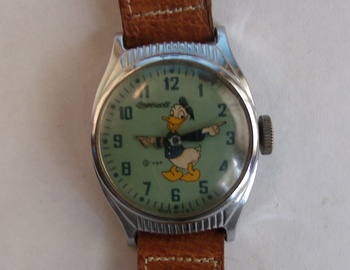 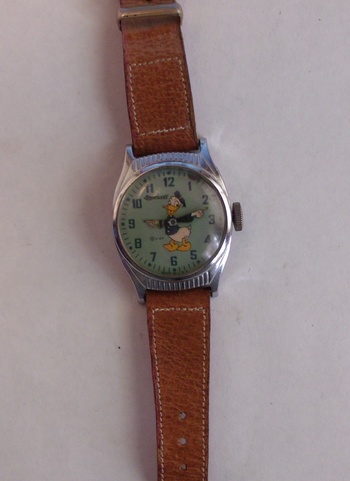 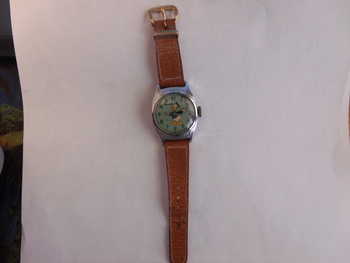 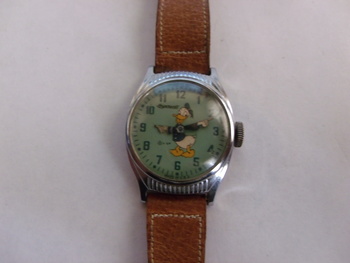 Hello Fellow Collectors. Thinking of posting several Donald's over the next few days for the "Quack Pack members, lol. This is the round variant of the Post-war Donald Duck wrist watches produced by Ingersoll (US Time) circa 1947. These were the second production of a Donald Duck wristwatch by Ingersoll, but the first issue was a trial production and not many were produced, so this is the first Mass Produced.
Thanks for looking,
Kerry