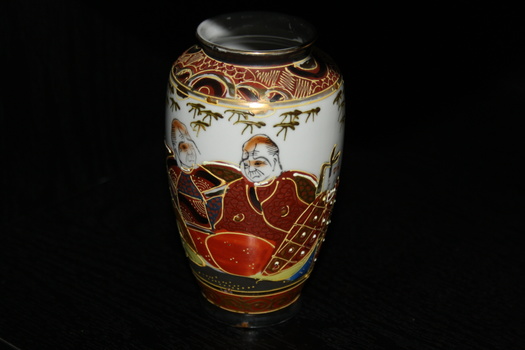 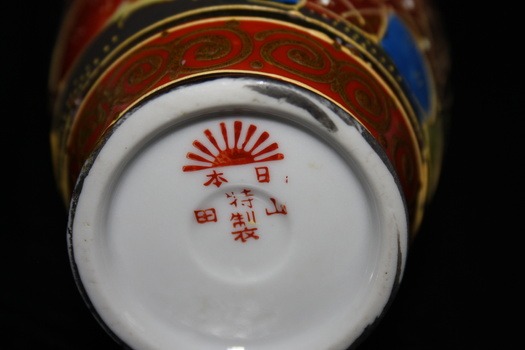 This Satsuma 6" tall vase has a backstamp I was able to identify on Gotheborg.org...The 2 characters directly under the sun (left to right) read "Nippon"...the 2 characters under that (vertical), read "Nippon Tokusei", which translates "Japanese special made". The 2 characters offset to the side is probably the name of the factory. This backstamp is related to the Showa reign in Japan, 1926-1988; this particular piece is considered "late Showa" (after 1945, considered the Nippon revival period). The sun beams are more evenly spaced in late Showa marks than in early Showa. Also, late Showa can have a more screen printed look in the outline design. This vase dates to the 50's...not as old as I thought. Gotheborg is a wonderful resource.