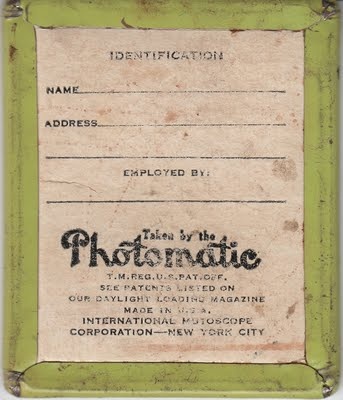 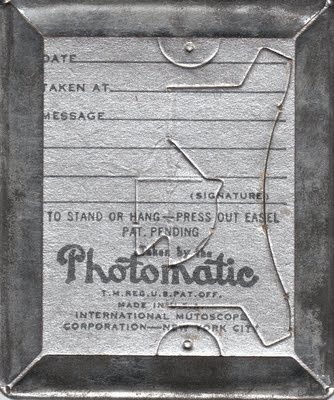 Let's all take a minute to thank the International Mutoscope and Reel Company! No one provided better value for your time and your dime. "Photomatic" photographs are but one example of their product line.

Photomatic machines were plopped down where folks killed time. Railroad stations mostly...the same places Starbucks wedges their six dollar a cup baristas today. The company created the Mutoscope too..probably the first general circulation machine which displayed moving pictures. Drop a coin, peep in and see something you think you never saw before! It was like peering through a keyhole, but for some I suppose it was the first time their eyes were tricked by the moving image.

Mutoscope could suck a coin out of a parking meter. They created weight and fortune machines and arcade games but as far as I know the Photomatic machine was the only one with a chemical bath built right in the machine.

Time magazine profiled the owner of International Mutoscope Reel company William Rabkin in 1934 calling him a "fast-talking Jew"...don't they all? In the article they credit Rabkin with inventing THE CLAW! That's right...the machine at the carnival which allows one to move around a tiny steam shovel and pick up useless trinkets instead of the valuable watch sitting on a pedestal among the junk.

Now I hate to give credit or praise to a company which referred to their customers as "marks" but it was all in good fun. No one kicked Mutoscope machines if they lost (or rather WHEN they lost) as the process was as good as the prize.

Now the photo machines took a few minutes to develop your photograph...but you were stuck there anyway. Back then, unlike today, modes of transportation were always late. (snicker)

What I have not yet figured out is how they got the cool metal frames on the photo. As you can see from the reverse, they were not only smart, they were brilliant. One here allows the owner to peel out a built in stand for displaying the photo on your dresser, the other reveals Photomatic was also in the lucrative "photo ID" market... Imagine how many of THESE were produced as World War Two loomed. 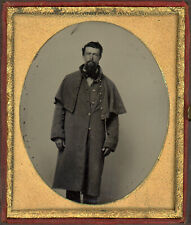 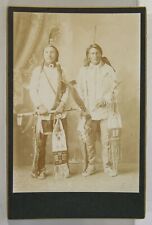 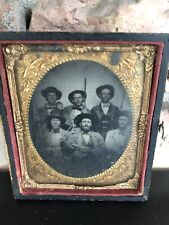