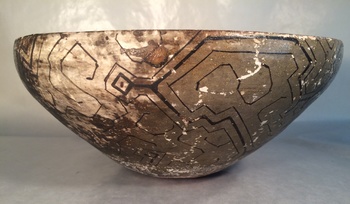 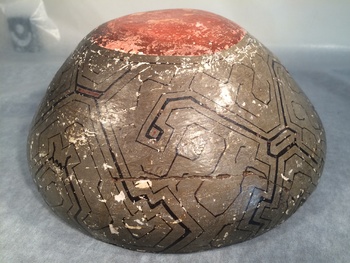 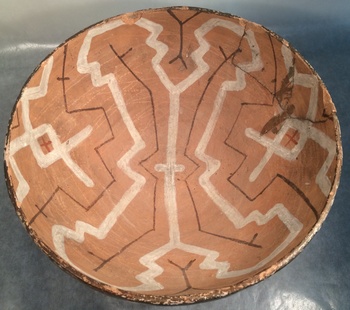 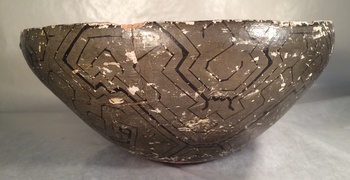 I have had this bowl for several years and think it's wonderful. This bowl measures 7 1/2" in diameter. It is painted on the inside and exterior. I believe it is from the 1940s.