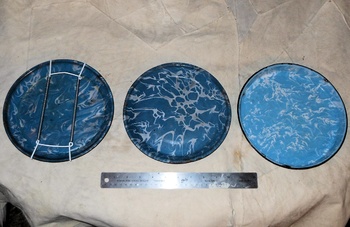 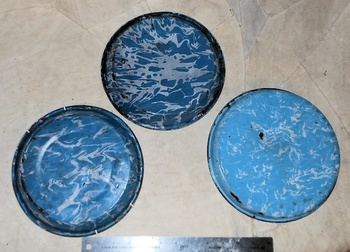 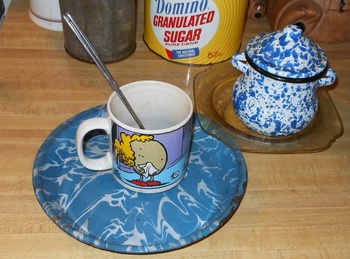 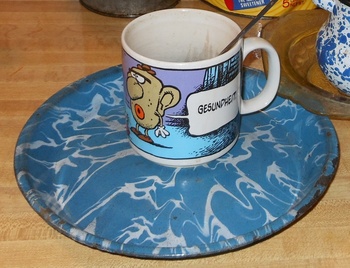 Actually it is 8 1/2" by 1" tall. Before aluminum pie trays these were what were used. Graniteware pieces like these were first seen around 1885 into the 1920s. Possibly later but by then the swirl patterns were out of favor in the later years from 1930 through the 1950s.
The example in the middle is my new piece. I believe I have posted the other two already.
I use these for my tea as with the sugar and tea bags it can make a bit of a mess. Mrs Potato Head has sneezed her face off on my mug. Been drinking tea out of it for 25 years.