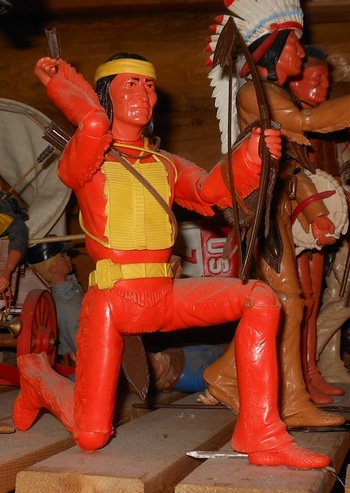 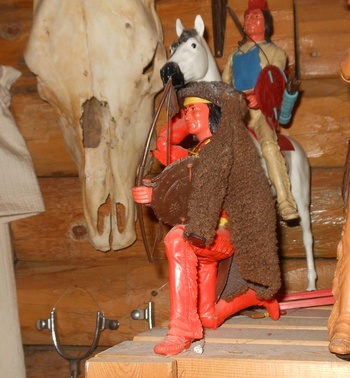 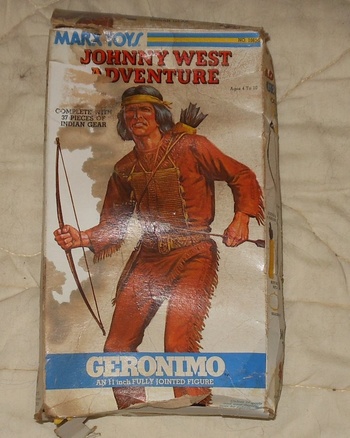 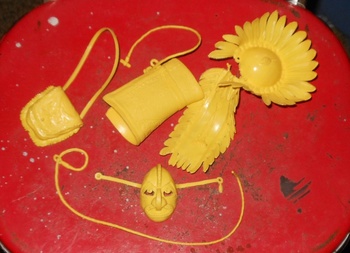 The Johnny West Adventure (JWA) series are the most valuable of the sets released in the USA despite being the most recent. These were sold from 1975-1977 at which point Marx Toys were no more.
The JWA series figures came in different colors than the figures of the previous 10 years which makes them more valuable. Other sets like the Best of the West are equally rare but as the figures and accessories look the same they are not as valuable.
One feature of the JWA seires is that the colors are a bit hard on the eyes. I put a buffalo skin from the Lone Ranger Gabriel toy line to tone him down a bit. The accessories are a bright yellow color although the hard plastic pieces are the standard brown.
The yellow accessories are little pieces of plastic gold. They sell for about $10 each on that popular on line auction site. 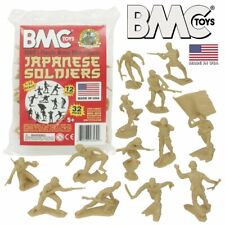