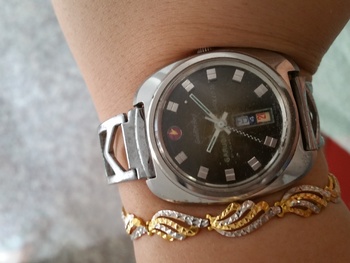 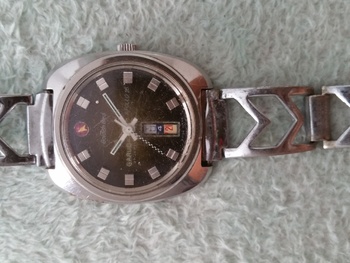 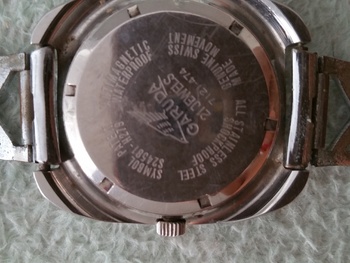 This is a Garuda watch Golden Bird Series vintage watch.

In 1961 production of the first RONDA ebauches after a long struggle with the Swiss authorities, who were protecting the so-called "watchmaking statute". Thus RONDA was the first company apart from the big existing watch groups to receive these production.

In 1962 Indonesia was having the ASIAN Games and the souvenir watch is TITUS.

And since the 1st president of Indonesia,Sukarno also wanted to have a local brand watch with international quality, it was how the brand "GARUDA"
(Indonesian country logo) with Swiss movement came about.

The Garuda is a large mythical bird, bird-like creature, or humanoid bird that appears in both Hindu and Buddhist mythology. Garuda is the mount (vahana) of the Lord Vishnu.Garuda is the Hindu name for the constellation Aquila.

Hope you love the sharing!