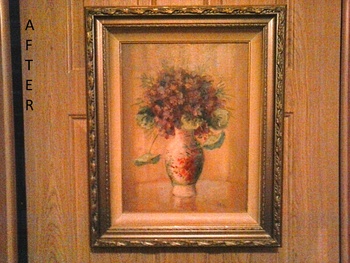 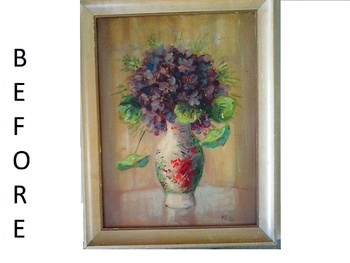 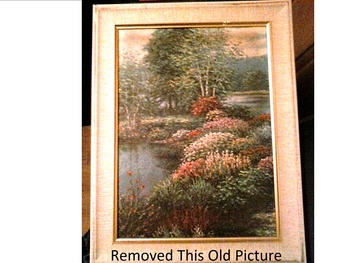 Sometimes you just get really lucky. I've been wanting to find a new frame for this painting since the original is plain white and really does nothing at all for this beautiful picture. I saw a gilt frame at Volunteer's of America and thought well it looks to be the right size or close. It has a nice wood core with gesso decoration and a gilt finish. It's newish but good quality. The picture in it had a wood and linen matte although it was just a textured cardboard print. So I removed the matte with picture from the frame and to my surprise the opening measured exactly the same as the Rettig painting frame and all ! It just fit into the gilt frame perfectly and I secured it. No need to remove the original frame which now becomes the matte. All this gives the painting great depth and just the touch of elegance it needed to make it shine. -Mike-

Martin Rettig (1869-1956)
The younger brother of John Rettig, Martin was well known as a painter and a Rookwood Pottery decorator. He worked at the Rookwood Pottery as a decorator from 1883 until 1885. As a painter, he specialized in floral pieces. Rettig studied with Frank Duveneck (October 9, 1848 – January 3, 1919) born in Covington, Kentucky Duveneck was an American figure and portrait painter. Rettig was later considered to be an authority on the works of the master. Rettig was also the president of the Cincinnati Art Club from 1918 through 1920.