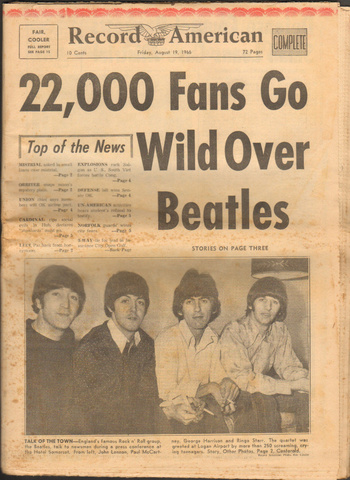 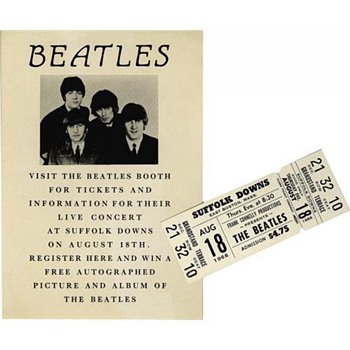 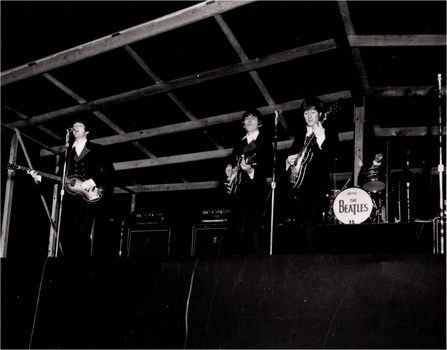 A copy of the Boston Record American newspaper, dated Friday August 19, 1966...reporting on The Beatles concert at Suffolk Downs Racetrack on August 18, 1966. Front page photo shows The Beatles relaxing at the
Somerset Hotel in Boston. Had this since I was a kid in 1966.