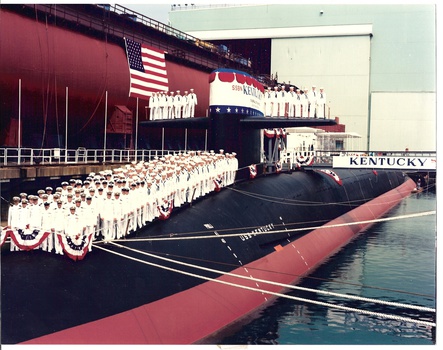 I have attended two lauching of Navy ships one being the USS Pearl Harbor and the USS Kentucky. Kentucky was launched on Aug. 11, 1990
it was the third Navy ship to be named Kentucky. The first was a battleship BB-6 launch 1898, the second Kentucky battleship BB-66 was started during WW2, but was cancelled after the war ended. The third Kentucky is a Ohio class Trident submarine that is 550 ft long and weights in at 18,700 tons.