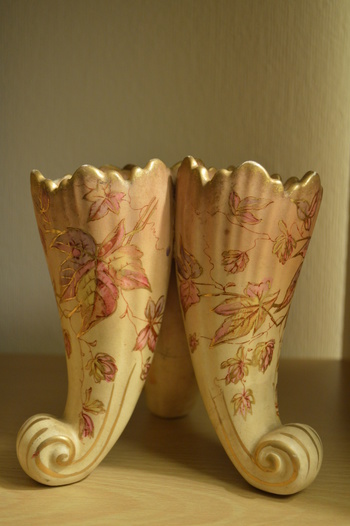 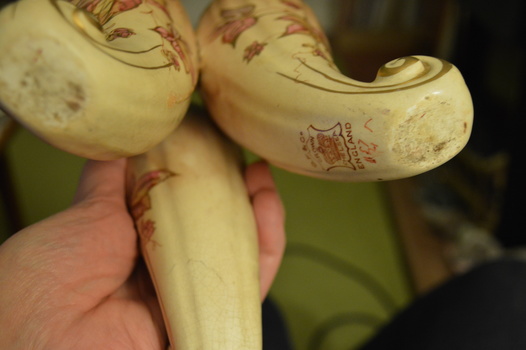 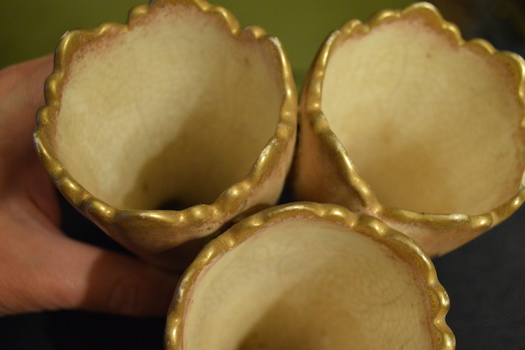 I'm always hunting for interesting items from the Fieldings & Co, especially for their late 19th, early 20th century products. Bought this 6'' tall vase with Crown Chelsea pattern few months ago on ebay. I already have got some vases with this pattern, however I never saw this shape before at Crown Devon. It looks like three cornucopias are glued together. Actually there is an old glue between them. Maybe they were tussie mussie holders, only somebody glued them together? There is an interesting article on CW about tussie mussies. They were popular in the Victorian era. Or the vase was meant to look like this originally, only it was broken and the three parts had to be joined together again with a help of a glue?
According to the back stamp it was made probably in the 1890s.