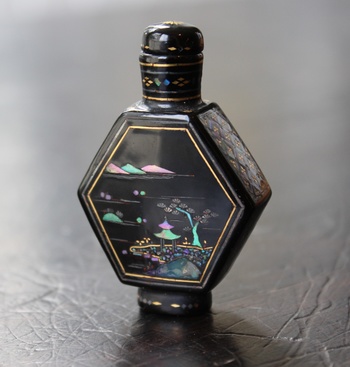 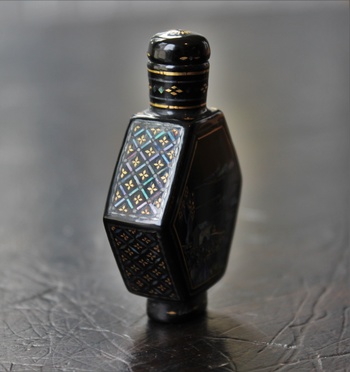 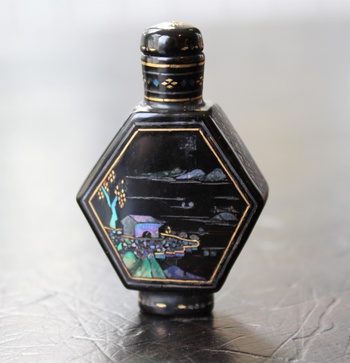 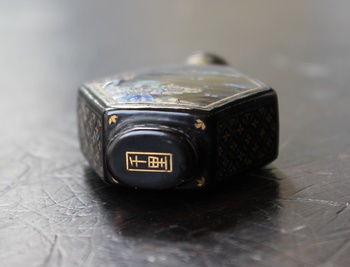 From invaluable.com: The artist Jiang Qianli was one of the masters of inlaid lacquer, and whose work was prevalent during the early Qing Dynasty. Miniature lacquer wares bearing his name and style were often copied throughout the 18th and 19th centuries. For a similar miniature black lacquer inlay design, see Christie's New York 'A Connoisseur's Vision', September 15, 2011, lots 919 and 928.

This is one of those miniature copies of the great master's work. It has a different landscape on each side, meticiously done with mother of pearl inlay. The sides the neck and even the top have geometric designs, and the bottom is signed Qian Li.